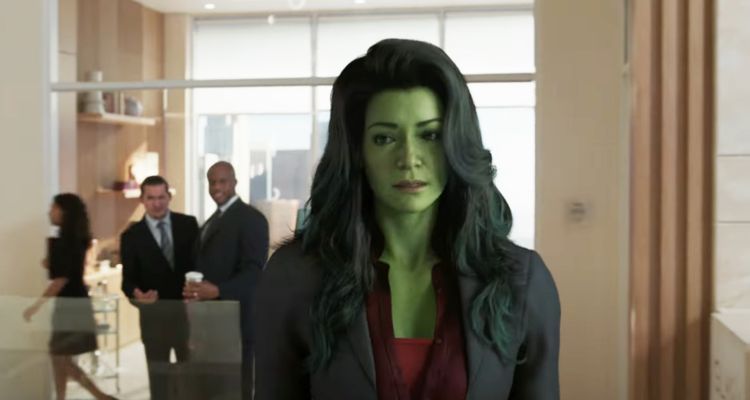 Rapper Megan Thee Stallion will appear in an upcoming episode of ‘She-Hulk: Attorney At Law.’

According to a report from Deadline, the rapper’s cameo will involve a catfishing case that must be solved. “A gentleman is being catfished by somebody that lives in another universe, let’s say. Another world,” actor Josh Segarra says. The apparent catfisher is pretending to be a certain famous rapper. “So he thinks he’s dating one person, and he’s not, so we need to help him figure that out.”

It’s unclear whether Megan Thee Stallion’s cameo will extend beyond the one appearance. The MCU show has featured cameos and guest appearances from several real-life people and MCU-adjacent characters. She-Hulk is a legal comedy that focuses on Jennifer Walters, an attorney with hulk powers similar to her cousin – Bruce Banner. She-Hulk is directed by Kat Coiro and Anu Valia, with Jessica Gao as head writer.

Megan Thee Stallion just dropped her latest album, Traumazine. The rapper has opened up about the album, saying she’s finally ready to be herself.

“My alter egos have been people that I had to be at those times to be like my armor, like my shield,” she says in an interview with NY Magazine. “I had to be Hot-Girl Meg at that time, I had to be Tina Snow at that time and I had to be Megan Thee Stallion at that time. I love this album because I feel like it’s just me talking. It’s just Megan. It’s not me having to be anybody else.”

The rapper says she plans to perform Traumazine as ‘herself’ and that she won’t be doing the tracklist as a character like Megan Thee Stallion. “Everybody has gone through their own trauma in their own way, and to me, Traumazine is me facing the things that I’ve been running from about myself.”