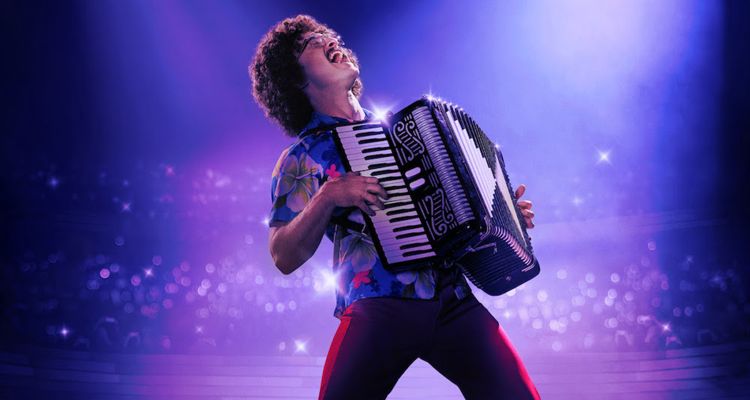 Roku has given us our first peek at Daniel Radcliffe as Weird Al in ‘Weird: The Al Yankovic Story.’

Weird Al uploaded the trailer on Monday, giving us a peek at Radcliffe sporting a curly brown wig, mustache, glasses, and Weird Al’s infamous accordion. “My whole life all I wanted was to make up new words to a song that already exists,” Yankovic says in the trailer. We get a peek at some of the scenes from the movie, including a brief glance of Evan Rachel Wood as Madonna.

The parody biopic was first announced in January 2022 and also stars Quinta Brunson (Oprah Winfrey) and Rainn Wilson (Dr. Demento). The film is set to premiere in September at the Toronto International Film Festival. From there, it will be available to stream for free on The Roku Channel on November 4.

The movie itself is a parody of other musical parodies. Scenes from Al’s childhood show his parents worried about his obsession with Polka music. Another scene showcases his parody of “My Sharona,” featuring bologna to impress his friends. It’s a light-hearted spoof parody directed by Eric Appel and written by Appel and Al Yankovic.

Roku is looking to expand beyond just offering other streaming services in convenient hardware. It’s Roku Original programming is available for free to anyone who owns a Roku device. The streaming service posted lower-than-expected growth in Q2 2022, so original content is one way to keep those numbers up. According to a recent Fandom poll, 55% of consumers say exclusive content and unique titles appeal to them most when choosing a streaming service.