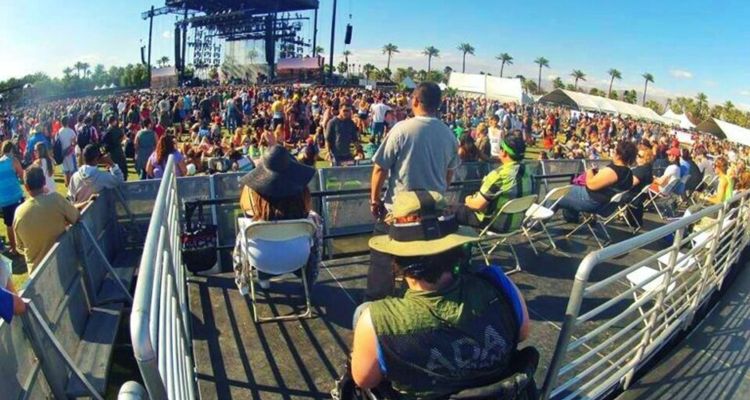 A new grant program offers free festival passes to several popular festivals for people with disabilities. Here’s what you should know.

Pitchfork reports the program is spearheaded by Austin Whitney, Founder of Accessible Festivals. Whitney was left paralyzed from the waist down following a car accident in 2007. Whitney credits attending Coachella in 2007 with helping him get through adjusting to his new life.

“Ultimately my business life is all about working to improve festivals for people with disabilities and working promoters to reduce their liabilities and improve their businesses for all things ADA,” Whitney told Billboard about the grant initiative. The program itself is named after Dan Grover, an accessibility consultant for the live music industry. Grover helped lead ADA compliance operations for many events across decades.

“One of his colleagues sent me an Excel sheet that he had, where he basically took notes on every concert he went to in his life,” Whitney continues. “He absolutely fell in love with it and became an advocate for accessibility within the industry.”

Dan Grover was diagnosed with muscular dystrophy at an early age and began using a wheelchair at the age of 21. The first show he attended was a Yes concert in Philadelphia in 1979 – where he noticed the venue’s lack of accessibility for people like him.

Over the course of 40 years, Dan Grover attended more than 400 concerts with accessibility notes for each. Sadly, Dan passed away on July 27, 2022. The grant program is intended to keep Dan’s legacy alive and honor him by sharing his passion for music and continuing to help people with disabilities see their favorite music acts by offering free festival passes to them.