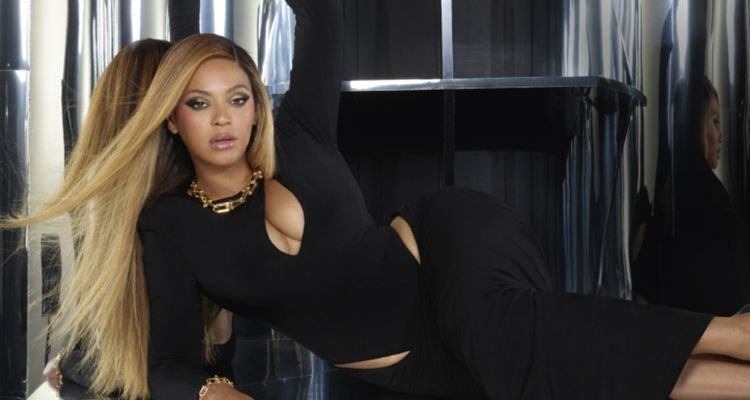 Tiffany inks another significant partnership with Beyonce with “LOSE YOURSELF IN LOVE,” a campaign that “celebrates that true love is only as strong as the love one has for themself.”

Tiffany & Co. dropped a video for its new campaign on September 2, starring the incomparable Beyonce. The jewelry brand writes on social media that the collaboration results from a shared vision between the singer and the company, with a campaign that “celebrates that true love is only as strong as the love one has for themself.”

The video features Beyonce dripping in diamonds and showing off several high-end ensembles, shining in a metallic trench coat, a unique black bodysuit, and a big black hat with an eye-catching turtleneck to match.

“LOSE YOURSELF IN LOVE is a fiercely elegant homage to the joy of being one’s unapologetic self — a call to embrace the power of possibility,” Tiffany & Co. says in another tweet.

The partnership comes on the heels of Beyonce’s celebrated return to music with her seventh studio album, Renaissance, which was released at the end of July. The album quickly rose to number one on the Billboard 200 and helped to simultaneously push its lead single, “Break My Soul,” to the top of the Hot 100 for two weeks in a row — making it the artist’s first solo number one single in nearly 15 years.

Renaissance has been breaking records left and right. Spotify announced just after its release that the album had already become the most-streamed album in a single day by a female artist in 2022.

Since the album’s release, Queen Bey has been busy. She has dropped collaborations with Madonna and Ronald Isley (“Break My Soul (The Queens Remix)” and “Make Me Say It Again, Girl,” respectively) and a new Gatorade ad celebrating Serena Williams’ final US Open. The iconic singer has also teased visuals for more music videos to come from the album, including a clip set to “I’m That Girl.”