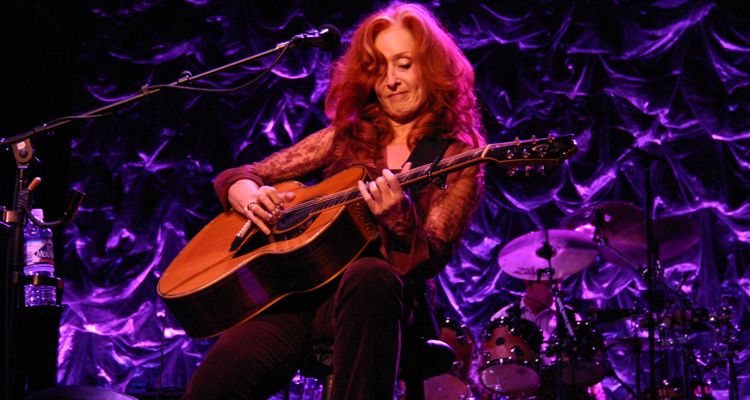 Bonnie Raitt has finished releasing her entire Capitol Records music video catalog in remastered HD video. The initiative was a joint project launched in 2019 between YouTube Music and Universal Music Group to upgrade some of the all-time most iconic music videos to the highest visual quality. Raitt has joined this initiative with the re-release of 13 of her Capitol Records era music videos from 1989 to 2006, now available on her official YouTube channel.

Four videos from Bonnie Raitt’s March 1989 Nick of Time were re-released first, including “Love Letter,” “Have a Heart,” “Nick of Time,” and “Thing Called Love” (which features actor and musician Dennis Quaid). The re-release of the videos coincided with Nick of Time‘s induction as one of 25 benchmark audio recordings for the 2022 National Recording Registry.

Three singles from Raitt’s June 1991 album Luck of the Draw were remastered next, including “Something To Talk About,” “I Can’t Make You Love Me,” and “Not the Only One.” This week, Raitt’s “You,” “One Belief Away,” and “Two Lights in the Nighttime” are now available in high-definition.

Bonnie Raitt released her critically acclaimed 21st album Just Like That… this year, as well as receiving the Grammy Lifetime Achievement Award and the Icon Award at this year’s Billboard Women in Music Awards. She was also recently included in Billboard Magazine’s Grammy 2023 predictions.

March saw her embark on a 75-date US tour, including multiple sold-out shows in Boston, Nashville, Salt Lake City, Seattle, Washington DC, New York City, and the Red Rocks Amphitheater in Colorado. The next leg of the tour will see special guests, Mavis Staples and Marc Cohn, beginning with a sold-out show in Napa on September 17. Bonnie Raitt is excited for more shows in the US next year, in addition to going to Australia in April.