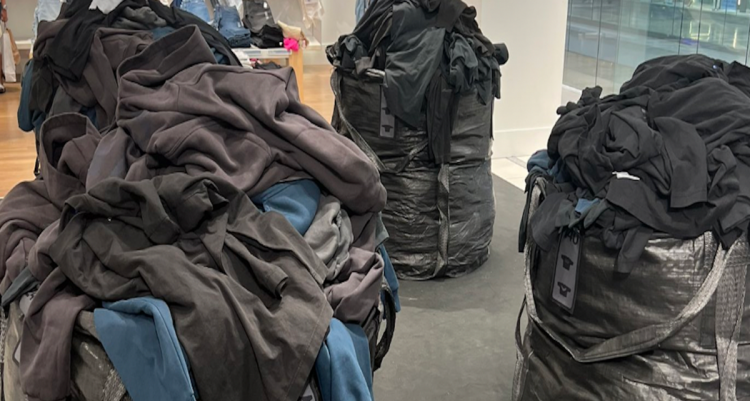 Kanye West says he’ll “go at it alone” for future clothing ideas in a new interview.

The rapper has famously shared his displeasure with the Adidas and GAP corporate partners on social media. He says neither of the companies shares his vision for what he wants to do going forward, so it’s best to cut ties going forward.

“It’s fine. I made the companies money. The companies made me money. We created ideas that will change apparel forever. Like the round jacket, the foam runner, the slides that have changed the shoe industry. Now it’s time for Ye to make the new industry. No more companies standing between me and the audience,” the rapper told Bloomberg.

Adidas was the first of Yeezy’s corporate partnerships, which offered the famous Yeezy shoe line. Kanye also has a deal with GAP that offers more affordable versions of his clothing line. But Kanye has been incredibly unhappy with the way these deals have gone–especially with Adidas.

“No one should be held in that position where people can steal from them and say we’re just paying you to shut up,” West told Bloomberg. “That destroys innovation. That destroys creativity. That’s what destroyed Nikola Tesla.”

While Kanye may be publicly displeased with corporate America, his contracts don’t end for a few years. Bloomberg reports that Ye has a long-term arrangement with Adidas to continue to produce the Yeezy Boost 350 until 2026, and his apparel agreement with GAP doesn’t end until 2030.

So what’s next on the radar for Yeezy? He’s currently focused on the idea of opening Donda campuses. The suggested Donda University could be based in Georgia, based on screenshots shared on social media. Kanye West previously worked to build a private school in Simi Valley, CA catering to 60 students from kindergarten through high school.