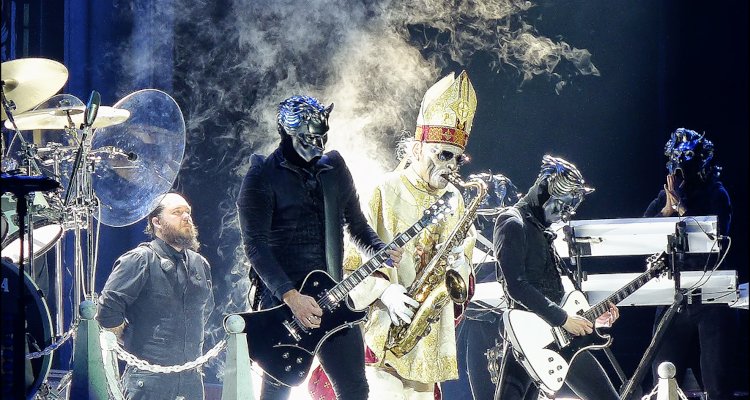 A Spotify Live fan event featuring Stockholm-based rock group Ghost was canceled due to “technical difficulties” resulting from “overwhelming demand” on the part of diehard supporters, Spotify has confirmed.

Spotify Live (formerly Spotify Greenroom) just recently took to social media to acknowledge the occurrence and apologize to Ghost’s evidently passionate fanbase. On the latter front, given the significant number of would-be attendees who crashed the live-audio platform when attempting to tune in, the group appears to boast a dedicated following – including 10.77 million monthly listeners on Spotify proper.

But as mentioned, these Ghost devotees were unable to use Spotify Live to connect with the 16-year-old act, which is scheduled to wrap its 70-show Imperatour concert series on September 23rd. And as more than a few of the disappointed fans have pointed out on social media, the crash occurred even after prospective participants had been required to pre-register for the event.

“This is not to Ghost but to Spotify. Overwhelming demand? You had us RSVP,” vented one ticked-off individual, with a different observer indicating that only Ghost’s most dedicated Spotify listeners had been invited to attend.

“The access password got out and other rooms were popping up with it with people that had not been invited, as I understand it,” replied a second let-down Ghost fanatic.

“I guarantee you, if whoever leaked that ghost Spotify live password DIDN’T leak it, we would’ve had no trouble. But nOoOoOoOooo. So whoever did that, thank you, did a great job at ruining this experience for EVERYONE,” a third crestfallen supporter ranted.

Meanwhile, Spotify Live promptly apologized for the mishap, as highlighted, and specified that it “had to cancel” the happening.

“We want to sincerely apologize to all @thebandGHOST fans who were invited to today’s exclusive live room. Unfortunately due to overwhelming demand, we experienced technical difficulties and had to cancel,” wrote Spotify Live.

“We know you made time in your day and missed out on a chance to connect with one of your favorite artists. We hope you can join a Spotify Live event in the future,” the platform concluded.

Predictably, the comments did little to assuage the frustrations of the many irked parties at hand – including Ghost, which appeared to disclose plans to utilize a different service the next time it hosts a live-audio function.

“We wish to inform you Ghost appreciates their fans’ dedication & time. Though proud to have crashed @SpotifyLive’s servers, Ghost is disappointed with this experience. Alternative opportunities are being explored, because nothing shall keep us apart,” the Grammy-winning band wrote.