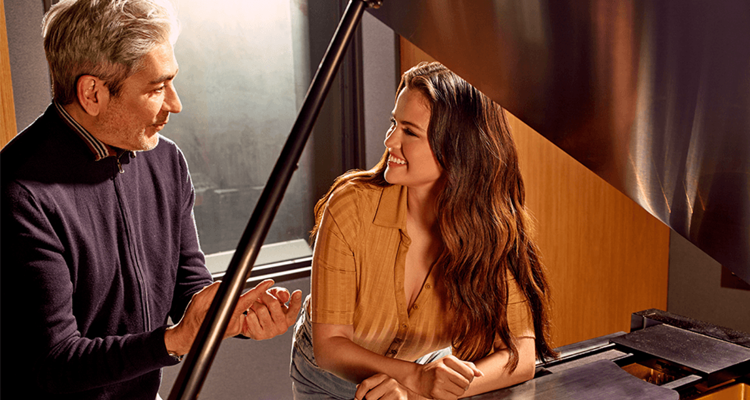 A new documentary about Selena Gomez from Apple Original Films will debut at the AFI Fest in November.

The film is helmed by Alek Keshishian, who also directed ‘Madonna: Truth or Dare.’ The new film, ‘Selena Gomez: My Mind and Me,’ follows the singer’s journey into superstardom through the lows of personal crisis and back again.

“I had no interest in making a traditional pop doc,” Keshishian says about the film. “I wanted to show something more authentic and Selena did, too. She has a raw vulnerability that captured me. I had no idea then that it would become a six-year labor of love.”

“AFI is proud to launch AFI Fest 2022 with ‘Selena Gomez: My Mind and Me’ a film as profoundly powerful as it is personal,” adds Bob Gazzale, AFI President & CEO. “Selena is a global force in art and entertainment, and we are honored to partner with her, Alek, and Apple to shine a light upon her journey in this beautifully crafted celebration of optimism, vulnerability, and hopefulness.”

The Selena Gomez documentary is an Apple Original Film produced by Interscope Films and Lighthouse Management & Media. AFI Fest 2022 is taking place in Los Angeles on November 2-6. Tickets and passes to AFI Fest will be available in October on the AFI Fest website. AFI Members receive exclusive early access to purchase passes and tickets, alongside other exclusive benefits.

“After years in the limelight, Selena Gomez achieves unimaginable stardom. But just as she reaches a new peak, an unexpected turn pulls her into darkness,” reads the synopsis for the documentary. “This uniquely raw and intimate documentary spans her six-year journey into a new light.” Selena Gomez has been very open with her fans and the public about her struggles with mental health.

In a recent episode of Miley Cyrus‘ Instagram Live series, Gomez revealed a bipolar diagnosis. “Recently I went to one of the best mental hospitals in America–McClean Hospital–and I discussed that after years of going through a lot of different things, I realized that I was bipolar. And so when I got to know more information, it actually helps me. It doesn’t scare me once I know it.”