Spotify Officially Launches Audiobooks For U.S. Users: ‘This Is Just the Beginning of Spotify’s Audiobooks Journey’ 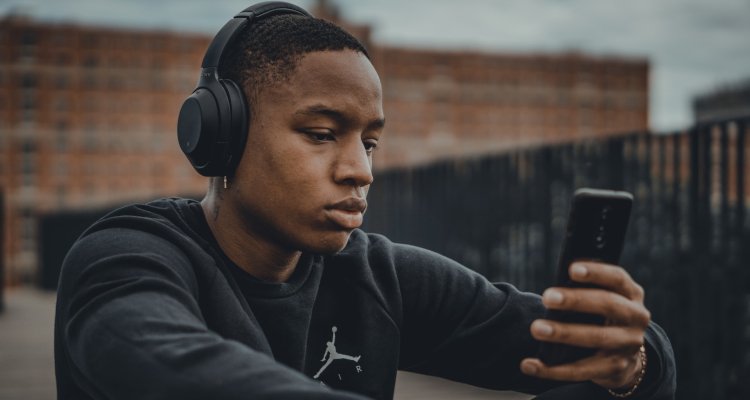 Spotify has officially launched audiobooks in the U.S., and higher-ups are touting the listening options as “the next frontier for us as a company.”

Having dropped billions on podcasts and social audio in an effort to diversify its way into long-sought profitability, Spotify in January of 2021 tested the audiobook waters with nine public-domain classics. High-profile figures including Hilary Swank narrated the decades-old titles, and November of the same year saw the company shell out €140 million to acquire audiobook platform Findaway.

Now, Spotify has equipped its entertainment library with north of 300,000 audiobooks, and execs have indicated that they’ll “continue to build and innovate on” the format moving forward.

On this front, stateside users can of course listen to audiobooks directly through Spotify. But upon attempting to access a title on the service’s mobile app, prospective customers are currently greeted with a message reading, “Head to Spotify.com to purchase this title, then listen here. We’ll send you an email with the details to make it easier.”

Navigating to the appropriate page on Spotify’s website brings up a purchase option and the book’s price – an audio edition of Harry Potter and the Sorcerer’s Stone will set one back a whopping $32.90 plus tax. However, users are prompted to complete transactions outside the app, and the audiobook at hand will then become accessible on the platform.

($32.90 appears to be the standard cost for shorter Harry Potter audiobooks on Spotify, excepting longer installments such as The Deathly Hallows, which one can buy for a cool $48.90. The latter price is higher than those on Barnes & Noble, Audible, Google Play, and Kobo. Other Spotify audiobooks, like Elton John’s autobiography, are comparatively affordable but carry substantial price tags nonetheless.)

Spotify has also promised to add “new features” for audiobooks down the line, as previously highlighted, besides bringing the media to international users (the global launch’s specifics haven’t been publicly announced) and innovating “on the format to benefit listeners, authors, and publishers.”

Long term, it’ll be worth following the revenue and users that Spotify audiobooks drive for the Heardle owner, which to this point in 2022 has likewise embraced in-person concert tickets and NFTs.

Despite the aforementioned multibillion-dollar sum that Spotify has spent on podcast companies and programs – not to mention the seemingly significant splash that the plays have made in the space – the format is still one to two years away from becoming profitable for the business, per Vogel.

More immediately, it remains to be seen how many Spotify users will justify the cost of audiobooks given the vast amount of content they can already access for $10 per month – at least until the service begins to lean into the promotional potential of its userbase and its artist community.