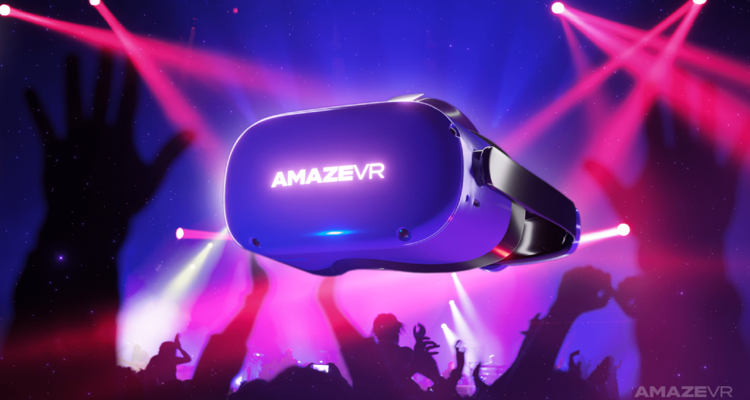 AmazeVR has announced an additional $17 million in investments for its Series B funding round. The ongoing funding round’s current raise is $32 million.

AmazeVR launched in 2015 and has dominated the music concert market with its proprietary technology. It captures hyper-real 9K live-action footage of artists as they perform. Fans in the VR experience get front-row seats to their favorite artists in 3D stage environments.

AmazeVR produced Megan Thee Stallion’s VR tour–hosted in partnership with AMC Theatres. The VR tour hit 15 major cities across the United States with a 75% attendance rate for its VR concerts. Plans are now underway to continue the trend with some of the biggest names in music, both in the United States and South Korea. AmazeVR says it is continuing its discussions with chart-topping artists in the US for their next concert production. It has also formed a joint venture with SM Entertainment to produce upcoming VR concerts for K-pop artists.

“What AmazeVR has developed is truly top-notch,” says CJ ENM. “The VR entertainment industry is growing rapidly, and we believe that music and gaming are two of the most promising sectors for future development. “CJ ENM plans to convert concerts and music TV shows to VR music experiences with AmazeVR’s prime technology, and convert additional original content such as dramas and movies in the future to maximize their content value and business opportunities.”

AmazeVR plans to expand its partnerships with artists, artist management companies, labels, publishers, and agencies. The company also plans to hire more AI engineers, Unreal Engine engineers, and VFX artists to continue the advancement of its proprietary technology and the development of premier VR concerts. AmazeVR says its music metaverse service will launch across major VR app stores in 1H 2023.