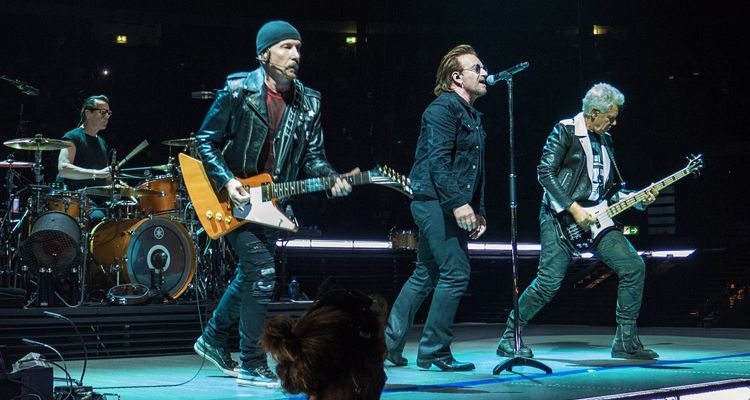 U2 is joining Irving and Jeffrey Azoff’s Full Stop Management after almost a decade with manager Guy Oseary. Given Full Stop Management’s vast strength in the touring business, a new album and tour seem likely. The band has not released a new album since December 2017’s Songs of Experience, nor have they toured since completing the Joshua Tree anniversary tour in December 2019.

Full Stop manages Harry Styles, whose global tour over the past year has been phenomenally successful under the Azoffs’ wealth of experience in the touring industry. It stands to reason that that was a factor leading to U2’s change in management, coupled with the company’s close working relationship with tour promotor Live Nation.

Additionally, rumors have surfaced of Irving Azoff’s affiliation with the Sphere, the new Las Vegas venue — and a perfect home for U2’s signature 360-concert model, used on its many worldwide stadium tours.

News of the change in management does come as a surprise. Oseary, who also works with Madonna and Red Hot Chili Peppers, began managing U2 in 2013 with the encouragement of the band’s former longtime manager Paul McGuinness, who had then retired. Having been a fan of the band since he was a teenager, Oseary described the succession as “a great responsibility” that he had been granted.

“Trustworthiness is an old-school term, and whilst the manager-client relationship does not require a Hippocratic oath, Guy O. takes this very seriously,” said the band’s singer Bono in a July interview with Variety. “That’s one of the reasons we work so well together. He is a most trustworthy person.”

Bono also recently announced a book tour in support of his memoir, “Surrender: 40 Songs, One Story,” which arrives November 1. He will be touring North America and Europe throughout November to promote the book.