As the Music Acquisition Frenzy Crashes Into Reality, Rebeat Digital Steps In to Help 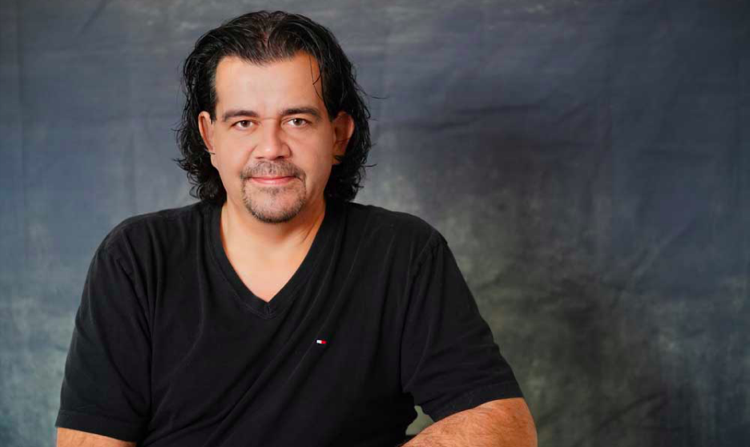 Holding the bag on billions of dollars worth of music IP? Rebeat Digital is now helping companies improve the monitoring and monetization of their precious assets — and more realistically appraise catalogs still for sale.

Once upon a time — that is, up until earlier this year — price was no object when it came to music acquisitions. Bidding wars routinely erupted between mega-acquirers like Hipgnosis, Universal Music Group, BMG, Concord, Reservoir, and Sony Music Entertainment, with artists cashing checks worth hundreds of millions of dollars. Investment giants Blackstone, BlackRock, KKR, and Apollo doused the flames with roughly $3 billion in capital earmarked for music assets, all spurred by cheap money and an economy on fire.

Tellingly, music’s biggest bull – Hipgnosis – has gone eerily quiet in recent months. Instead of announcing massive deals, reports now point to a company out of ammunition on its core fund. Just this week, Hipgnosis refinanced a tranche of $700 million to better manage its burdensome debt load.

But that doesn’t mean the dealmaking will stop. Masuch says BMG still has nearly $1 billion in capital for future music acquisitions. And that includes ammunition for deals that were once high-flying but have since been abandoned. Masuch also indicated that BMG was still interested in acquiring the catalog of Pink Floyd, a collection of rights previously estimated at more than $500 million. But despite the chest-thumping, Masuch is no dummy — and like other heavy-hitters in this space — including newcomers like Brookfield — he is most likely approaching prospective deals with more discipline and calculation.

BMG has a strong reputation for tracking and capturing music royalties worldwide. But not everyone is as well-equipped. And keeping tabs on dozens of different distributors, scores of countries, and billions of streams is now a critical task — especially for companies with hundreds of millions or billions sunk into music IP investments.

That reality is now making the services of less sexy companies more appealing — especially if those partners can maximize catalog revenue returns and better evaluate catalogs.

That includes a range of royalty accounting, auditing, and music accounting firms that were less influential during the high-flying bidding wars. It also includes companies experienced in the blocking-and-tackling of a surprisingly complex arena – digital music distribution.

“Buyers like BlackRock have difficulty getting quick data on royalties from all of the [music] distributors,” remarked Guenter Loibl of Rebeat Digital, a company that offers a unique umbrella monitoring capability for music distribution platforms. “It’s tricky even if you have the money to hire the considerable staff required. It took us years to figure out a lot of these details.”

Several years ago, Loibl started working on a solution to distribution decentralization, one that is especially valuable today.

Since the advent of digital music consumption, IP owners have found themselves managing relationships across multiple distributors worldwide. That meant compiling disparate reports and merging lots of large spreadsheets. Rebeat Digital, a prominent music distributor based in Austria with deep roots in Eastern Europe, spun a successful idea by building connections to a range of global music distributors, thereby allowing content owners to manage their vast catalogs from a single interface.

Building the network required endless meetings, longs flights, and plenty of IT puzzles, API handshakes, and data-grepping headaches. The end result, however, is a comprehensive group of partners managed under Rebeat’s MES management platform.

“Now, we have an uber, umbrella view of the various distributors,” Loibl explained. “FUGA, The Orchard, UMG, Warner, Sony, Believe, PIAS, the list goes on.”

Juggling multiple distributor relationships can get tricky for catalog owners. One idea is to consolidate catalogs into one distribution partner, though switching longtime partnerships can spell disaster. Immediate hazards include the loss of longtime streaming data, as well as hiccups with endpoint streaming music platforms like Spotify and Apple Music.

Even consolidating the catalog of a single artist under a single distribution partner may not be advisable, with consolidated monitoring, accounting, and management across multiple distribution endpoints preferable. Oftentimes, different distributors make sense in different territories, resulting in a necessary patchwork of partners. In that mix, a consolidated, overarching solution was hatched in Rebeat’s headquarters outside Vienna.

Rebeat’s consolidation capability is making Loibl’s in-box a little busier these days. Now, Rebeat is joining forces with DMN to further expand the concept for IP owners. For starters, buyers that paid elevated amounts for catalogs now face the difficult task of earning that money back, which includes proper royalty management and monitoring. But Rebeat is also helping companies conduct better due diligence on prospective catalogs, including smaller and mid-size catalogs that aren’t the size of Pink Floyd.

“Things are calmer now, and people want to understand the numbers behind any valuation better,” Loibl explained.

Perhaps the days of artists receiving extreme, 20-times-plus multiples of their annual catalog earnings are over. But there’s still plenty of music IP on the market — with far greater sobriety and number-crunching in the acquisition and post-acquisition royalty accounting stages.

“Many of the newer deals involve smaller artists and smaller catalogs, which can be more difficult to evaluate and assess,” Loibl explained. “Smaller and mid-size catalogs need to be evaluated and understood while carrying far lower transaction costs.”

But can you really trust the jumble of numbers?

If content owners need another reason to pop a Xanax, it’s this: the numbers coming back from streaming music platforms aren’t validated or audited. Typically, what Spotify counts is what IP owners and artists receive, end of discussion. And the same is true for Apple Music, YouTube Music, Resso, QQ Music, and dozens of other streaming platforms.

“There isn’t a third-party arbiter of all these numbers,” Loibl told Digital Music News. “So, how do you know if what you’re receiving is correct?”

The answer, until relatively recently, was that you didn’t. But several years ago, that problem spawned an offshoot R&D project that quickly shifted into reality. Today, Loibl is a backer of Legitary, a fast-growing platform for vetting royalty accounts from streaming platforms and spotting red flags. That includes ‘anomaly detection,’ which uses statistical methods employed by major industries like banking to spot under-counting, over-counting, or outright fraud.

“We created an AI-powered soft auditing tool which automatically screens the catalog, billions of streams, and detects the areas of concern,” explained Nermina Mumic, CEO of Legitary, in a recent podcast interview with Digital Music News. “So, you’ll know where you have underpayment potential, which DSP is affected, which artist is affected, which territory is affected.”

Shifting back to the arena of catalog management and monetization, Legitary is suddenly in demand. “Legitary is assisting companies to conduct anomaly scores as part of their due diligence,” Loibl noted.

The result is a better-informed bid, with a better chance of achieving long-term profitability. Which, deep into a turbulent 2022, might be the hangover cure this industry needs.