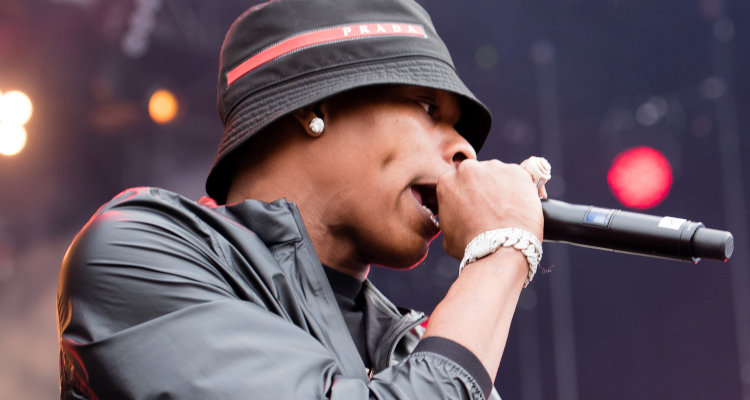 Amazon is preparing to capitalize upon its Thursday Night Football broadcasts with Amazon Music Live, a livestream concert series hosted by 2 Chainz and featuring performances from acts including Lil Baby and Megan Thee Stallion.

Amazon, which in March of 2021 announced “a 10-year agreement to exclusively broadcast 15 Thursday Night Football games and one pre-season game per year on Prime Video” beginning in 2023, unveiled Amazon Music Live via a formal release today.

Notwithstanding the planned 2023 “kickoff” of the decade-long NFL-Amazon tie-up, Amazon Music Live will begin airing after an October 27th, 2022, showdown between the Buccaneers and the Ravens, the ecommerce giant communicated. Amazon Music – which has spearheaded several exclusive music releases and sets, especially in country, to this point in 2022 – has tapped Lil Baby to perform the inaugural Amazon Music Live.

Meanwhile, Megan Thee Stallion has been booked for November 3rd, Kane Brown is expected to entertain Prime subscribers on November 10th, and “more epic performances will be announced in the weeks to come,” higher-ups relayed.

Each of the three mentioned acts has made a new album available to fans in 2022, and forthcoming Amazon Music Live shows will likewise center on “the hottest new releases,” company officials made clear.

The concerts themselves will take place before in-person crowds in Los Angeles – “attendance to the show will be facilitated through live events company DICE” – and 2 Chainz is poised to interview artists during “shoulder programming,” though the extent and nature of these talks remain to be seen.

Touting the development in a statement, Amazon Music global head of artist marketing Kirdis Postelle, formerly an exec at HitCo and Warner Bros. Records, said in part: “With Amazon Music Live, we’ve created a new, can’t-miss series for fans to experience the most exciting new music together. For artists, this show represents a massive new stage to share their music with fans after Thursday Night Football—the biggest game of the week, airing live on Prime Video.”

More broadly, Apple Music has also turned to exclusive performances in an effort to attract subscribers, including by broadcasting gigs from Billie Eilish, Luke Combs, and Carrie Underwood, to name some, and releasing certain of the sets as tracks. And Spotify has turned to DJ events and live interactions with artists to stand out in the ever-crowded streaming arena, which could soon have another major competitor in TikTok Music.