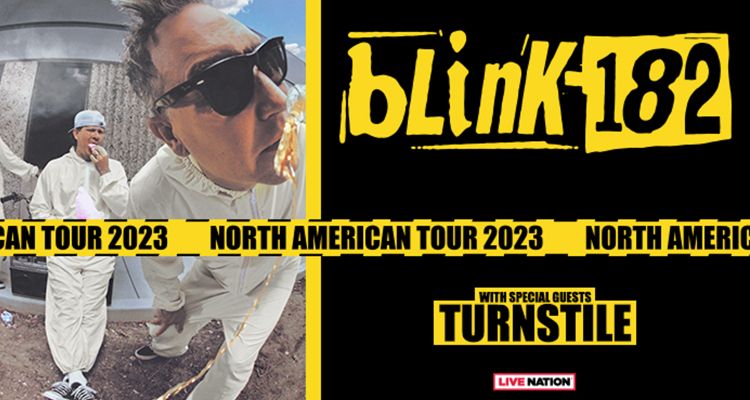 Following the announcement of their 2023 reunion tour, fans of Blink-182 have been left scrambling to secure tickets.

That’s mostly thanks to Ticketmaster’s dynamic pricing model, which is supposed to prevent scalping. As fans scrambled to grab tickets as they went on sale, many found themselves thrown out of the queue or offered tickets for upwards of $600 for pit seats at some venues. “These Blink-182 ticket prices. Yikes. More like ‘What’s My Wage again?’. Am I right?” reads one tweet.

“Don’t know who if this is Blink-182 setting prices, the venue, or promoters or what, but these ticket prices are extortionate. Working class people cannot afford to go to gigs anymore,” reads another comment citing UK ticket prices.

“Blink-182 presale was an absolute joke. Multiple places sold out in minutes and price gouging is insane. Ticketmaster can f*ck off. You’re telling me I gotta pay $150 to sit behind the stage? Yeah f*cking right,” reads another angry tweet.

Following the huge uproar online over Ticketmaster pricing, Mark Hoppus responded to fans himself. A comment posted in the Blink-182 Discord server shares Mark tried to purchase tickets himself to see what fans are experiencing.

“Yes, I understand that the ticketing can be frustrating,” Hoppus writes. “I bought tickets for two of our shows myself just to see what the experience was like. I had tickets yoinked from my cart and the whole thing crash out. Dynamic pricing. I’m not in charge of it. It’s meant to discourage scalpers. We’re trying to bring you the best possible show for the best price. This is a tour celebrating new music and the band getting back together. Thank you for your enthusiasm and I hope to see all of you at the shows.”

Fans aren’t buying it, though. “Dynamic pricing basically feels like scalping anyway,” reads one comment to the Mark Hoppus comments. “It’ll get raised to an insane price that a scalper would charge. I was lucky to get two tickets that weren’t super expensive but as somebody who has bought Pearl Jam tickets before there’s a lot more Blink could’ve done to make the ticket buying process better for fans.”