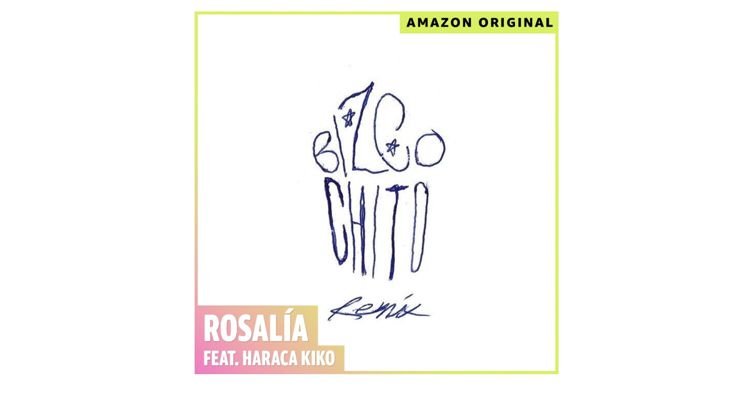 “I am so happy to share this remix of Bizcochito that I did with my friends Haraca and Leo RD,” says Rosalía. “I hope my fans at Amazon Music have as much fun dancing to it as I do!”

Rosalía initially released “Bizcochito” as part of her third studio album, MOTOMAMI, in March of this year. The song became an immediate hit thanks to its memorable hook and energetic melodies and created a viral moment on social media. The song is a play on Wisin and Daddy Yankee’s 2004 track, “Saoco,” reclaiming the phrase “Y, ¿quién tu eres? ¡Tu bizcochito!” and transforming it into a song for female-empowerment.

“We’re ecstatic to bring fans an Amazon Original version of Rosalía’s game-changing hit,” says Rocío Guerrero, global head of Latin Music at Amazon Music. “We’re certain that this song will ignite a new cultural movement and kickstart more collaborations of this type, continuing to elevate the music that connects the world.”

Rosalía will also be the first headlining artist to perform at the 2022 III Points Music Festival in Miami on October 21 and 22. Currently in the midst of her global MOTOMAMI World Tour across 15 countries, the Grammy-winning and eight-time Latin Grammy-winning artist will bring her renowned flair to the III Points Festival stage. It will be her final North American stop on tour in an exclusive Florida performance.

The singer also made headlines for rejecting a gift from a fan after it was deemed too expensive. The fan had given her a box containing Versace sunglasses and chocolates, which the singer politely refused.