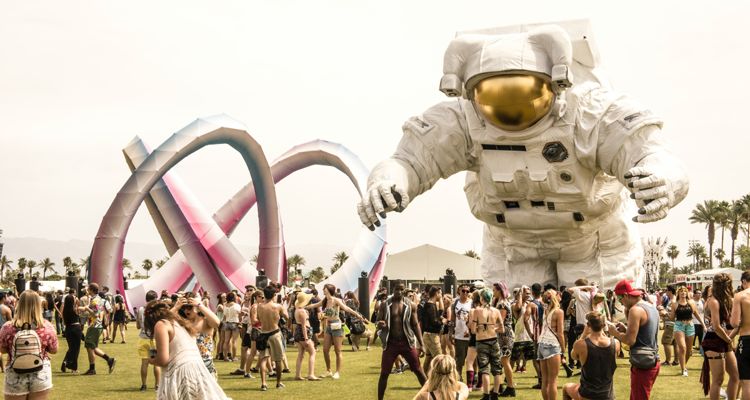 Towards October’s start, it came to light that Coachella organizer Goldenvoice was pursuing legal action against the parties behind Ghana-based music festival “Afrochella.” Now, with two months remaining until the event’s kickoff, Goldenvoice has moved to obtain a preliminary injunction.

Goldenvoice just recently filed a motion for a preliminary injunction against Afrochella, and predictably, the underlying legal battle centers on the latter event’s name. According to the 30-page-long original complaint, which alleges trademark infringement, cybersquatting, and more, the defendants are “intentionally trading on the goodwill” of Coachella proper with the “confusingly similar” happening.

The firmly worded suit further claims that Afrochella team members had “fraudulently” attempted to secure Goldenvoice’s Coachella trademarks “as their own,” besides allegedly “promoting, presenting, and/or sponsoring at least seven different music events” in and around Los Angeles.

Goldenvoice also maintained in the action that the defendants had ignored “repeated requests…to adopt their own distinctive event name and marks.” And given this alleged refusal to change the name of Afrochella – which first took place back in 2017 and returned last year after a COVID-prompted pause in 2020 – Goldenvoice and Coachella are now seeking a preliminary injunction, as initially noted.

Goldenvoice is specifically looking to enjoin Afrochella from in any way promoting or using its current title “in connection with entertainment services, event promotion, apparel sales, and travel and tourism package sales, or any related goods or services, or as a domain name,” the legal document indicates.

At the time of this piece’s writing, Afrochella didn’t appear to have responded to the preliminary injunction motion via an update on its website or via a social media post. Moreover, the Afrochella website shows that the main festival is still slated to take place from the El-Wak Stadium (located in Ghana’s capital, Accra) on December 28th and 29th.

General-admission passes to the two-day happening will set each attendee back $136.80 (a fee is included in the total), the webpage shows, and organizers appear to likewise offer multifaceted travel packages centering on the festival (hence their mention in the preliminary injunction motion).

Worth highlighting in conclusion is that Afrochella bills itself as “an official playlist curator for Apple Music,” and the appropriate landing page on the streaming service features eight playlists at present.

In August, Live Nation and Goldenvoice owner AEG settled a separate lawsuit over Coachella branding rights, and the Twenty-Nine Palms Band of Mission Indians, which had planned the music event at the center of the controversy, is preparing to host a Blake Shelton show at its Coachella Crossroads venue next month.