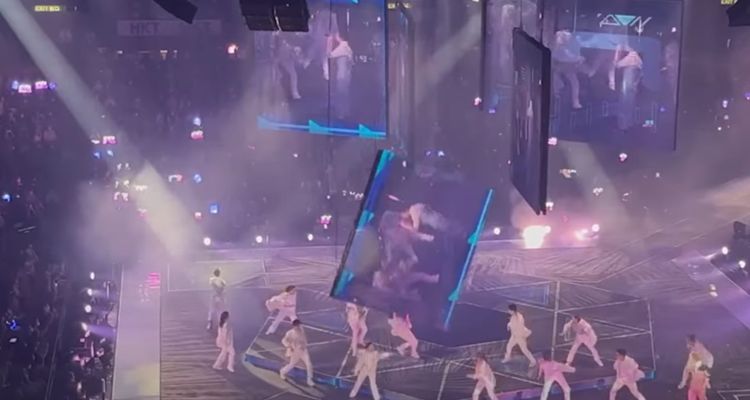 An investigation into the incident in which a falling screen critically injured a performer during a concert for the Hong Kong boy band Mirror revealed that misreporting of equipment weight, poor installation, and the use of a substandard cable were the leading causes of the July 28 accident. Five people were arrested on suspicion of fraud, including workers for the main contractor and subcontractor production companies, with one individual being granted bail on Saturday. Officials overseeing the venue will be questioned further in the legislature on Monday.

Members of the band and dancers involved in the concert have expressed their shock and dismay on social media at the actions leading to the incident.

“The data was totally wrong and falsely reported,” says Mirror member Anson Kong Ip-sang. “When the report was out, we were all shocked by the big discrepancies in the declared weights (of the stage installations).”

“Different regions have put in place mechanisms to protect the safety of performers,” he continued. “I believe the mechanism in Hong Kong at present is still not fully developed. I hope following this incident there will be greater safeguards for performers.”

Another member, Anson Lo, said he would pay close attention to stage safety following the incident and better communicate with dancers and the organizer.

“With so much data about the stage setup, how did the Hong Kong Coliseum, which has done so many concerts in the past, approve this application without finding the weight discrepancies?” asks Chang Tsz-fung. The 29-year-old dancer must now do daily physiotherapy after a screen hit his head and crushed his pelvis and thighs.

Cultural secretary Kevin Yeung Yun-hung said that the government would investigate whether an independent third party was needed to check engineering work and installations for events in light of the incident — but was simultaneously quick to dismiss the notion that the department had failed to perform its job.