Tunedly Aims to Disrupt the Music Industry With TunedCoin Project 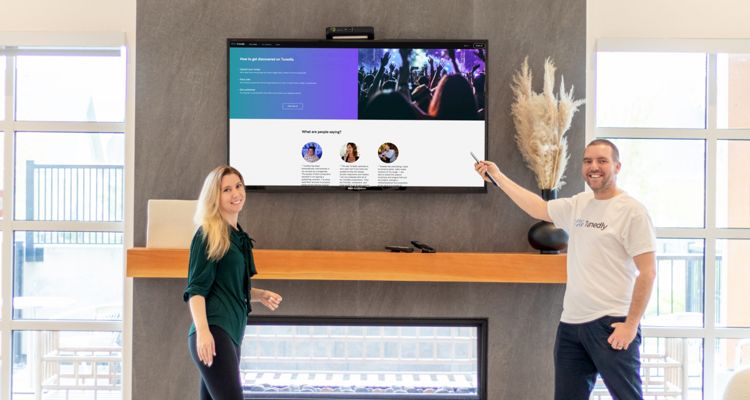 Blockchain technology is rapidly evolving with new use cases. Supply chain tracking and tracing, compliance auditing, and simplified payment processing are all some of the applications for which the technology is being adopted. Now Tunedly aims to disrupt the music industry by introducing blockchain-fueled reward mechanisms to help encourage user engagement.

The following was created in collaboration with Tunedly, a company DMN is proud to be partnered with.

The technology has drawn the attention of artists, publishers, agencies, managers, and more, all in efforts to develop new revenue models. Blockchain technology can help redefine the rights and royalties process, ensuring that everyone in the music industry’s complex value chain gets paid fairly. To that wit, Tunedly is introducing its new TunedCoin project. The project aims to offer TunedCoins and distinctive music NFTs as a reward for music consumers. These rewards can also be used to get access to exclusive events and royalties with their favorite musicians.

Musicians and music managers started Tunedly in 2016 to remove the barriers to entry into the music industry. It provides a live collaboration music production and publishing solution for anyone. Tunedly helps decentralize the music industry by lighting the way for independent artists through its commitment to helping songwriters and other music creators get connected with world-class session musicians for professional music production and music publishing.

After becoming a market leader in the specialty of music creation, Tunedly branched out into music publishing and then into music discovery in an effort to improve the fairness and transparency of the A&R process. Through the TunedCoin project, Tunedly aims to enable music consumers to vote once a day for a song they believe should be signed. Listeners get rewarded by earning TunedCoins and NFTs as well as a share of future royalties.

How TunedCoins and Tuned NFTs Work

The Tunedly ecosystem is an example of how blockchain technology, non-fungible tokens, and decentralized finance could revolutionize the music industry. First budding artists get discovered on Tunedly by uploading their music on the Tunedly Music Discovery app.

After uploading the song, Tunedly will feature music from new artists next to songs from established artists with no branding to eliminate bias. After this, music listeners can upvote their favorite songs based only on music–no references to the artist’s name or other identifying info.

Top songs upvoted by the Tunedly community get a publishing offer, and TunedCoin is allocated along with a signing bonus. When the company signs a song listeners gave a star to, the listeners get rewarded by earning TunedCoins and NFTs.

TunedCoin (TUC) is the utility token for the Tunedly Ecosystem. The token is built on top of the Polygon blockchain, which is a second-layer Ethereum smart chain. TunedCoins will be limited to a total number of 21,000,000 (21 million).

Tunedly says TunedCoin will be a versatile token that prioritizes users of the ecosystem, and use cases for TUC will grow as the platform receives continuous development and updates. The TunedCoin is scheduled to ICO in Q2 2023. Prior to the official ICO, music listeners can acquire TunedCoin by listening to music at the Tunedly Music Discovery app.

Tunedly says it also plans to distribute royalties to NFT holders of the songs with music listeners. The company will share the royalties of songs signed to publishing deals with users of the music discovery platform, setting aside 50% of its net royalty income of a particular song and pay out that amount proportionally to holders of that song’s NFT, proportionally to the NFT holder’s TunedCoin holdings. In order to make use of the royalty share utility of TunedCoin, a user must own an NFT of a royalty-generating song and TunedCoins both.

Tunedly says it plans to pay close attention to customer feedback to understand their evolving demands as it develops this new system. It hopes the TunedCoin project will be at the cornerstone of disrupting the music industry and the way exclusive content is consumed and distributed.