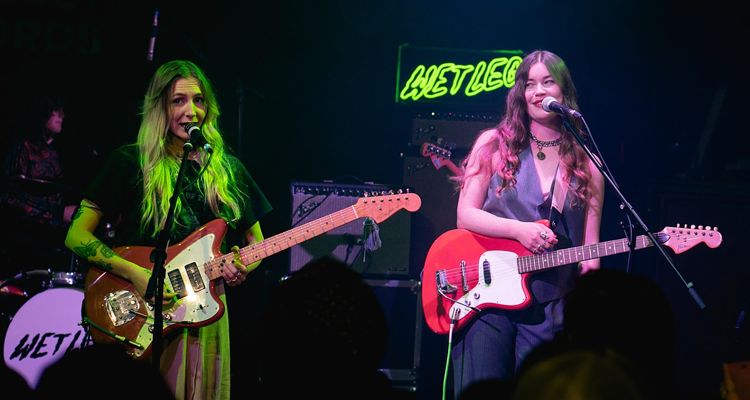 Indie rockers Wet Leg will stream their sold-out O2 Kentish Town show on TikTok LIVE with the hashtag #AltMusic. The group will perform live on their official TikTok channel, @wetlegband, on Thursday, November 24, at 8:55 PM GMT. Tickets for their tour sold out within seconds, so the TikTok LIVE performance will give fans who couldn’t score a ticket the chance to see the band perform live.

Wet Leg has seen massive success both on and off TikTok since the release of their self-titled debut album in April. The album has topped charts in the UK and Australia, earning the band nominations for industry awards such as the Mercury Prize. The band, which consists of Rhian Teasdale and Hester Chambers, regularly post concert snippets and behind-the-scenes content on TikTok, which has earned them a devoted legion of over 500,000 fans.

“It’s always so exciting to play shows in London, and we’ve been plotting to make this one extra memorable, so we’re stoked TikTok will be there to capture the experience for people who can’t be there in person,” Wet Leg said.

“Our #AltMusic hashtag has been a huge hit with the TikTok community, and we’re really excited to take this a step further with our first ever genre live,” says Sheema Siddiqi, Artist Community Manager at TikTok UK.

“Wet Leg are blowing up in the Alt Music space, with a global tour that sold out in seconds. We can’t imagine a better group to kick off this new live format, and it’s a privilege to be able to bring their show to fans around the world on TikTok.”

Alternative music as a whole has been growing in popularity on TikTok. Last month, the platform officially re-launched its official #AltMusic hashtag, which has accrued 1.2 billion views. The hashtag has become a hub where creators, artists, and fans can interact and discover new music.

Artists such as Cassyette, Beabadoobee, Crawlers, Jordan Adetunji, and Rachel Chinouriri have all used the platform to release new music and interact with fans. The genre shows no signs of slowing down as the TikTok community continues to thrive with collaborations featuring new sounds that challenge mainstream music convention.