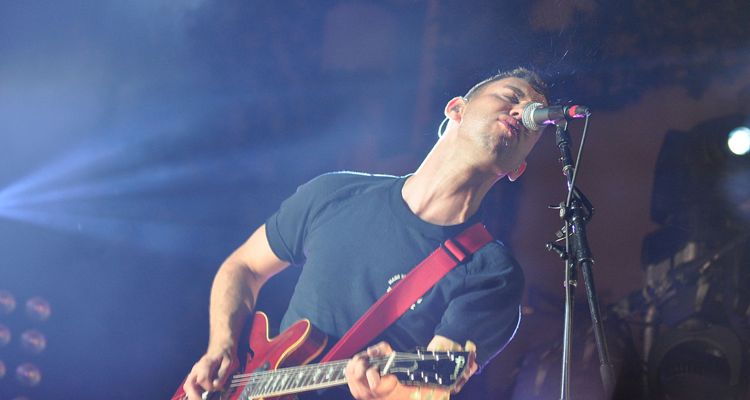 Jack Antonoff questions why venues are taxing merch: “Young artists on tour are the last to see any money.”

Songwriter and superproducer Jack Antonoff took to Twitter to add to the conversation about the feasibility of touring. The latest in artist-led discussion around the topic, Antonoff asks venues to stop taxing artists’ merchandise: “This is literally the only way you make money when you start out touring.”

“The more we make it tenable for young and small artists to make a living on the road, the more great music we will get,” Antonoff added. “Touring is one of the most honest ways to make a living. Some of the hardest and most heartfelt work you can do.”

“Stop taxing merch, stop lying to artists about costs of putting on shows, include artists in more areas of revenue,” he concluded his series of tweets. “The stories I could tell from my years touring are bananas. Young artists on tour are the last to see any money.”

Antonoff is the most recent artist to lend their voice to the discussion surrounding, as Lorde described, a “demented struggle to break even or face debt.” Spiral Stairs recently tweeted that Live Nation “took 30% (of our merch) last night for doing NOTHING.”

In August, hundreds of venues signed an agreement not to take a cut of artists’ merch sales after Tim Burgess of the Charlatans announced the way Nottingham venue Rock City waived their traditional cut of merch sales in May.

“They’ve listened to what artists are saying,” says Burgess. “They definitely didn’t know about the scale of it at first. But lots more fans know now. So many said that they bought merch as a way of supporting the band and (thought) it helped with the costs of being on the road. It was a wake-up call. It’s a start, and I’m glad that lots of venues are listening.”