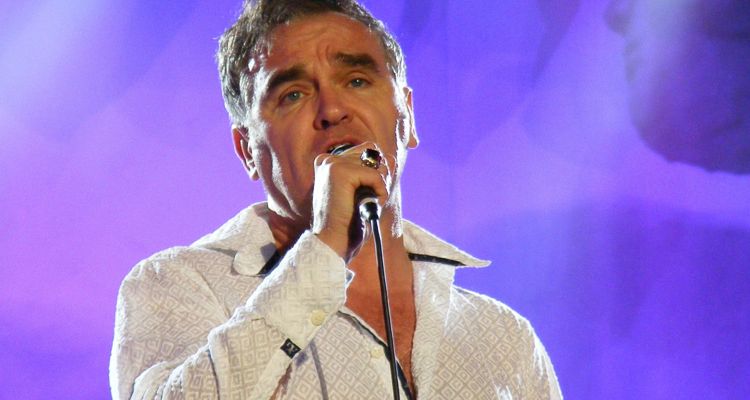 Morrissey has canceled a pair of tour dates this week in Salt Lake City and Denver due to “band illness.”

After ending his tour kickoff show in LA early due to “inclement weather” just weeks ago, Morrissey has canceled a pair of tour dates this week due to “band illness.” The shows were scheduled tonight in Salt Lake City and Wednesday night in Denver. Refunds for the two canceled gigs are available at the point of purchase.

“Thank you to the fans for the ongoing love and support while we take a moment to restore and recover,” says the official statement on Morrissey’s Instagram account. “All being well, M and the band will be back on stage in Minneapolis on Friday night.”

While perhaps not as frustrating for fans as the Los Angeles show earlier this month — in which Moz walked off stage after a handful of songs — cancelation for the Salt Lake City show was on very little notice, just hours before its scheduled starting time.

The statement doesn’t indicate who in the performing band is ill, but some replies have speculated that it’s Morrissey himself. Some fans who saw him perform Friday in Oakland commented that he didn’t look well.

“He genuinely seemed like he might be coming down with something,” one fan writes. “He still gave it his all, (…) and honestly, we ought to be more concerned about the damage touring does to musicians over time.”

Still, some fans expressed irritation at the cancelation on such short notice: “Twenty years ago, my friends and I saw Moz close up (in) Colorado Springs… it was the best. Now, nothing.”

Among the recent slew of bad news for Morrissey fans, he also updated his website earlier this month to say that his forthcoming album Bonfire of Teenagers is “no longer scheduled for a February release,” as previously announced. The statement adds that “its fate is exclusively in the hands of Capitol Records (Los Angeles),” with whom Morrissey inked a deal earlier this year.