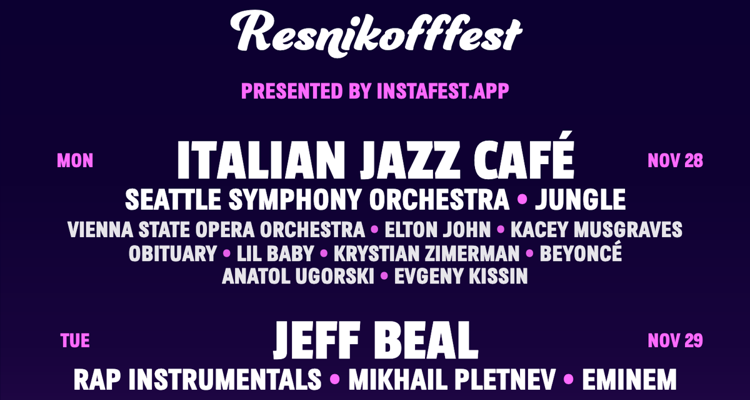 Now you can create a fake festival lineup from your Spotify plays with Instafest.

If you’ve been on social media over the weekend, you’ve probably seen people posting music festival lineups based on their most-played artists on Spotify. At a glance, you might even think they’re posters for an actual music festival. But you won’t find the festival-making app that everyone is using anywhere on Spotify.

While you might expect such a feature from Spotify, which offers the eagerly anticipated year-end Spotify Wrapped playlists of your most-played songs, the festival lineups come from a free, third-party app called Instafest. With Instafest, anyone with a Spotify account can use it to generate a customized festival lineup.

Because Instafest uses your Spotify listening data, if you’re not a frequent listener, you may not get a three-day festival like many people are posting since you may have fewer artists from which Instafest can pull. If you don’t already have a Spotify account, you can sign up for free; using the app for a while is recommended to generate enough listening data for Instafest to make a more comprehensive lineup.

Once you’ve signed into Instafest.app with your Spotify account (and reviewed the privacy agreement), you’ll be able to customize your personalized lineup. You can scroll down and select any of the options beneath ‘Customize’ to tailor it to your tastes, including changing the style of the graphic or hiding your Spotify username. You can change the artists based on your listening habits over the past four weeks, six weeks, or all-time most-listened.

When you’re happy with your festival poster, hit ‘Save and Share,’ where you can download the image if you’re using the app on a computer or share the image to social media from your smartphone. You can also save the image from the sharing screen if you’re on your phone. You can then decide how you’d like to share the graphic, whether by sharing it on your preferred social media platform or texting it directly to a friend.