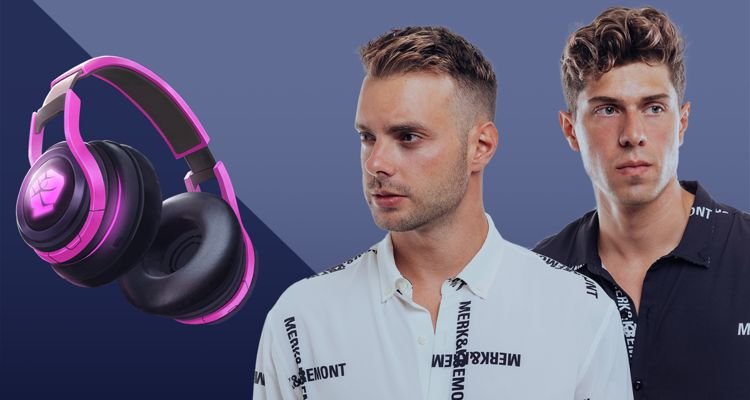 Italian DJ duo and UMG recording artists Merk & Kremont have teamed up with Public Pressure to create a series of PODs — NFTs containing songs that users can equip inside the web3 gaming platform Moonsama. Once equipped, each song unlocks in-game features or power-ups, including playing the purchased track within the game.

The PODs NFT collection comprised 3,333 limited edition NFTs, sold for a fixed price of $600 each. Each contained unreleased music tracks by DJs Merk & Kremont. The release sold out within days, generating $2 million in revenues.

Moonsama is the biggest community within the Polkadot blockchain ecosystem, allowing players to purchase in-platform NFTs as utilities. The partnership is the brainchild of Public Pressure president Sergio Mottola and Moonsama founder Donnie Big Bags. It introduces music as a gaming utility for the first time inside a metaverse ecosystem.

“By partnering with Moonsama, we’re bringing NFT music to the Moonsama Metaverse and gaming communities for the very first time,” says Sergio Mottola.

“By bridging digital and physical worlds, we’re offering labels and artists a new way forward with innovative formats for their art. The success of this collaborative drop confirms our belief — that the future of music and culture consumption is on Web3.”

“We already have a very strong community; in fact, the largest in the Polkadot ecosystem,” adds Donnie Big Bags.

“However, I’ve observed in the ‘Metaverse‘ space there are a lot of projects only handling 50 people at a time on a screen, giving a kind of ghost town feel. We’re building an ecosystem, not just a project, and want it to feel populated. The plan is to attract more games to our network which utilize our ecosystem assets. The music NFT PODs are the perfect way to show cross-project and cross-metaverse utility. The first of its kind!”

Public Pressure is built on Polkadot, the brainchild of Ethereum founder Gavin Wood. Polkadot boasts the lowest total electricity consumption and carbon emissions per year of the six proof-of-stake (POS) blockchains and is designed to support the transition of music to web3. It aims to empower the artist and fan relationship while creating new revenue streams for creators and the broader music industry.