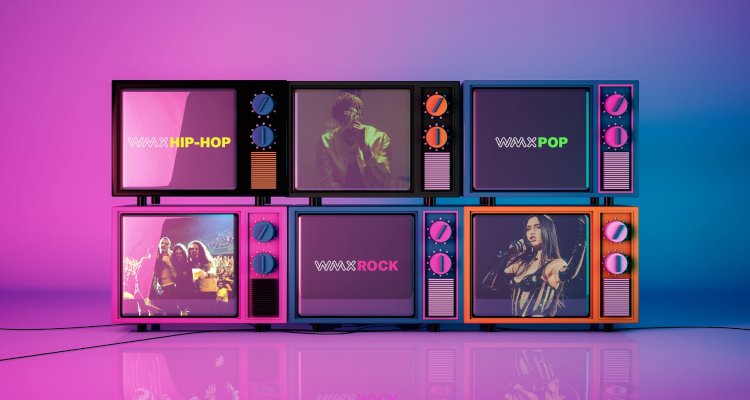 The Big Three label unveiled its tie-up with Roku via a formal release this morning, and the agreement arrives four days after Vevo added six channels to Hulu’s live-TV offering. Under the newly revealed deal, Roku, which said that it had 65.4 million global “active accounts” as of Q3, has rolled out three WMX FAST channels (free ad-supported streaming TV, that is) “exclusively on The Roku Channel.”

According to WMG’s formal release, the overarching Roku Channel streaming service itself “reaches an estimated 80 million people nationwide,” and these users (who needn’t sign up to begin streaming) can already access the channels in question, WMX Pop, WMX Rock, and WMX Hip-Hop.

Though the involved parties only provided a brief overview of the programming that will air on the channels, WMX Rock was broadcasting a (pre-recorded) My Chemical Romance concert at the time of this writing, while the music video for Dua Lipa’s “Don’t Start Now” was showing on WMX Pop and a heavily censored version of the music video for Migos’ “Bad and Boujee” was airing on WMX Hip-Hop.

However, Warner Music – the owner of 300 Entertainment, which created a “content and film” division in January – did indicate that the Roku channels “will be programmed based on insights around consumer behavior.”

Beyond original media from WMG subsidiaries such as HipHopDX, Songkick, Cover Nation, The Pit, and Lasso Nation, the just-minted FAST channels are poised to “premiere exclusive new star-studded series” including Iconic Records: Life After Death and Uproxx’s People’s Party with Talib Kweli, the major label elaborated.

Addressing the channels’ debut in a statement, Roku Channel head of AVOD Ashley Hovey, whose company kicked off December by announcing that it had added The Jennifer Hudson Show to its library, acknowledged the on-platform popularity of music content.

“The Roku Channel is an industry leader in FAST, and we’re thrilled to partner exclusively with WMX on their entrance into the space,” communicated Hovey. “Music is a top content category for our users, and we look forward to helping WMX harness The Roku Channel’s scale to bring audiences their favorite music video programming, exclusive WMX original content from in demand artists and more.”

Earlier in 2022, Roku released Weird: The Al Yankovic Story and began supporting apps for Apple Music as well as Live Nation’s Veeps. Meanwhile, fans have had access to a number of concert and music-festival livestreams, including from TikTok, Disney+, SiriusXM, Amazon Music, and others, in recent months.