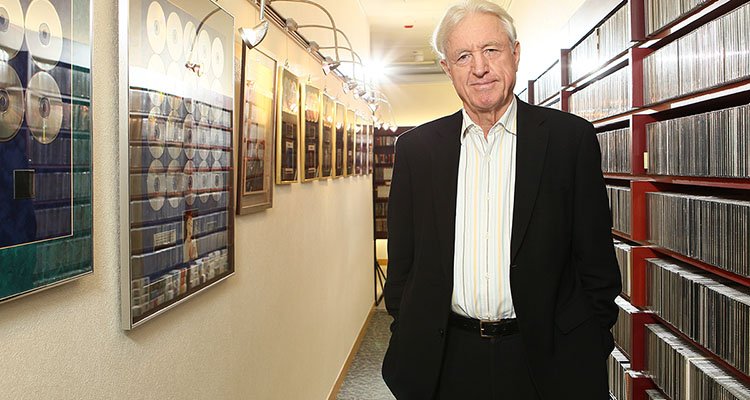 When Klaus Heymann entered the classical space in the 1980s, his label Naxos delivered affordable access to the works of Dvořák, Smetana, Aaron Copland, and dozens of other composers. But the orchestras playing these greats were relatively unknown to Western audiences. On Naxos’ budget-friendly cassettes and CDs, the secret and magical world of Eastern European orchestras broadened the horizons of many classical music buffs.

In 1996, Naxos was the first to jump into the digital space by launching the music streaming platform HNH.com. Back then, streaming was nothing but a fantasy — a madman’s fantasy. Things moved quickly from that initial entrance, thanks to a forward-leaning disposition. Musically, Naxos rapidly spread into a variety of classical categories.

Today, Klaus proudly calls Naxos a ‘complicated company,’ saying, “We’re complicated because we’re the only ones who do everything. We are a label, a classical label, but we also own ten other labels. We do opera and cooperate with all the major opera houses in Europe, including the Royal Opera House. We are also in digital and physical distribution, with the infrastructure to support it all.”

Naxos celebrates its 35th anniversary this year. They’ve had a busy three-and-a-half decades.

Between 2020 and 2022, Naxos kicked into high gear with the launch of Naxos Music Library 3.0, the Naxos MusicBox, and  the Naxos Moods playlist app.

Discussing the state of classical music in the digital world today, Heymann said, “With digital and physical distribution, we know what everybody else is selling, where they are selling it, and how they are selling it. That’s a good position to be in.”

According to the BBC, figures from recording industry association BPI showed that classical music was a fast-growing genre in 2018 and 2019, with streaming accounting for 25% of classical consumption.

These numbers were buoyed by artists like Andrea Bocelli, Katherine Jenkins, and cellist Sheku Kanneh-Mason, and in 2019, sales and streams of the classical genre increased by 10.2%. Classical music made a good case for growth compared to the 5.7% growth in music consumption across other genres that year. In fact, with physical sales declining across all genres in 2019, sales of classical CDs increased by 6.9%. While the overall streaming market grew 33% in 2019, classical music streams rose 42% — and DMN is thrilled to be partnering with Naxos to expand that level of growth further.

Naxos is also well-known for supporting up-and-coming performers, boosting careers, and getting involved on the performance side.

The Naxos’ affiliated label Grand Piano (2022 marks its 10th anniversary)records long-lost, unrecorded, and valuable pieces and has a sub-label named Grand Piano Overtone. The label features works by pianists played by the pianists themselves. The company’s commitment to its long-term goal of supporting young artists, discovering talent, and helping establish their careers saw artists like Tianwa Yang, Boris Giltburg, and Gabriel Schwabe emerge as major artists.

With libraries and masterclass audiovisual recordings, Naxos is also credited with classical music education for professionals and the general population.

We spoke to Klaus about emerging opportunities for new musicians in a competitive music space, music cataloging, and the future of classical music and video.

DMN: We’ve witnessed an absolute explosion in video formats over the past decade. People love going to concerts, but are they interested in watching a video of a concert?

Klaus Heymann: I think video is here to stay. Most of our new recordings are produced in both audio and video. If you look at the number of streams of an audio-only track on YouTube and a track with video, there’s no comparison. It’s like 10, 15, 20 times the number of streams. So we’re spending a lot of money on video. And we also produce a great deal of video content, including opera, ballet, and theater. We are also creating video versions of our 500 most frequently streamed tracks.

DMN: For classical musicians, do you feel like there are more opportunities now than there were ten years ago, or is it a more challenging space?

Klaus Heymann: I would say yes and no. The level of teaching at music schools is much higher than it was 30 or 40 years ago. There are many more opportunities, but there’s also more competition. The standard of playing, in general, has risen dramatically.

Many young musicians who work hard will never be able to make a living from playing their instrument. If they are lucky, perhaps 10% [would succeed]. So what are they going to do? Are they going to teach? Have they been taught how to teach? Do they know how to make a music video? Do they know how to build a mailing list? [They need to] learn as much as they can about other things they can use to make a living and hopefully do something connected to music. The fact that they can self-promote is a huge advantage. Recording is now very economical.

Producing a recording has become much easier and cheaper — a mixing console today is only the size of my laptop and costs only a fraction of what similar equipment used to cost five or ten years ago. And artists can easily upload their recordings to most DSPs. Getting people to listen to them, however, is a lot more complicated.

DMN: Why is the skill and performance level so much higher now than before?

Klaus Heymann: If you look at the faculties of leading music schools, they are far more international than they used to be. Half the faculties are Italian, German, or Russian. At the same time, there’s more quality educational material available online — masterclasses by real masters on YouTube and primary instrumental teaching on specialized platforms.

DMN: Is there a way to get audiences excited about some composers of the past who are no longer known today?

Klaus Heymann: Naxos today is a label of discovery, whereas before, it covered mostly standard repertoire. But we also produce programs such as ‘Great Composers in Words and Music.’ The lively texts are written by a musicologist in New Zealand, while our audiobook division produces the audio. We plan to continue focusing on discovering new repertoire while paying attention to education.

DMN: With so much important work done by Naxos in recording a wide range of classical music, how much more music do you feel is out there to be recorded in 2022?

Klaus Heymann: Years ago, I was participating in a music conference, and at the end, there was a seminar about ‘Has everything worth recording already been recorded?’

There is so much music you discover almost every day. I’m just working with a German opera house about recording the operas by Heinrich Marschner — the most important opera composer in Germany between Weber and Wagner. And then I found the composer had written seven very nice piano trios. He wrote fifteen operas, and only two of them have been recorded. If you go into the history of music, you find new repertoire all the time, and a lot of it is really enjoyable.

DMN: Since 2015, you have been building one of the more comprehensive databases of classical music. Is there ever going to be something that includes all compositions ever recorded?

Klaus Heymann: For every new release, we add those data to that database — so it’s constantly up to date. Everybody agrees that our metadata is the most complete. One of the big mega platforms tried to get our data, but they didn’t want to pay for it. I think [I said] about ten or fifteen years ago, in the world of streaming and downloading, whoever has the best metadata will have the biggest business. I’ve been proven right.

DMN: Naxos has been on a spree of acquisitions, growth, and more. So what’s Naxos doing right now?

Heymann: In 2016, Naxos launched a joint venture with long-term strategic business partner Kuke Music [Holding Limited (NYSE: KUKE)] to establish Naxos China. This JV focused mainly on Chinese classical music and musicians, alongside the distribution and licensing business in China. Naxos also has offices in Austria, Norway, and other countries. Over the years, it acquired various European labels and production houses, including Dynamic, Belvedere, ARC Music, Opus Arte, Oehms Classics, and others. It also acquired the Vox Classics catalog.