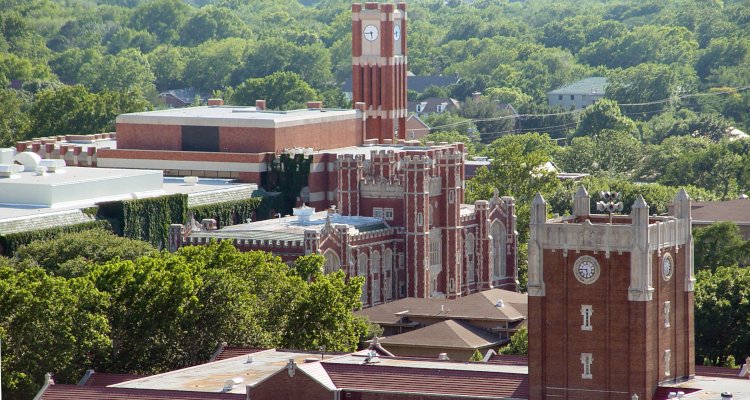 After a number of states prohibited government employees from using TikTok due to security concerns – and as Congress weighs a similar measure at the federal level – public universities are now outlawing the highly controversial app.

This latest step to curb the prevalence of the ever-popular TikTok, which is owned and operated by Beijing-headquartered ByteDance, arrives amid ample stateside scrutiny of the platform’s user-data policies and alleged threat to under-18 users.

In brief, after years of far-reaching criticism of TikTok in the U.S. and abroad, states including but not limited to South Dakota, New Hampshire, Oklahoma, Maryland, Virginia, and Georgia have since late November barred employees from using the service, citing data concerns.

Additionally, 15 state attorneys general recently signed a letter calling on Google and Apple to raise the app’s age rating in their respective stores, while the state of Indiana is suing both ByteDance and TikTok for allegedly flouting “Indiana’s consumer protections by misleading and deceiving parents about the safety and appropriateness of its application for young users.”

On the global stage, Jordan has joined India in banning TikTok (albeit temporarily, unlike India’s permanent ban), and newly introduced legislation, the ANTI-SOCIAL CCP Act, would outlaw the app in the States.

As it stands, though, faint-hearted lawmakers have instead rallied around the No TikTok on Government Devices Act, which unanimously passed a Senate vote and has found its way into the $1.7 trillion omnibus spending bill.

And now, as mentioned at the outset, multiple universities are complying with their states’ orders to ban TikTok and taking preliminary steps to shield themselves from the alleged security threat posed by the app, which has been criticized by the FCC and the FBI.

The University of Oklahoma’s chief information officer informed students and faculty of the development in a brief note earlier this month, making clear that TikTok will be inaccessible via the school’s Wi-Fi networks and that any official OU accounts will be deleted.

“In compliance with the Governor’s Executive Order 2022-33, effective immediately, no University employee or student shall access the TikTok application or website on University-owned or operated devices, including OU wired and wireless networks,” the message reads, according to regional outlets.

“As a result of the Executive Order, access to the TikTok platform will be blocked and cannot be accessed from the campus network. University-administered TikTok accounts must be deleted and alternate social media platforms utilized in their place.”

It’s unclear exactly when the measure will go into effect, particularly in terms of prohibiting the use of TikTok on the public university’s internet; at the time of this writing, a University of Oklahoma TikTok profile, billed as the “official” account, was still live.

In any event, local outlets have also reported that Alabama’s Auburn University has likewise banned TikTok on its Wi-Fi networks and employee devices. And according to CNN, the 26 schools that comprise the University System of Georgia are reportedly preparing to take a similar step.

Against the backdrop of these on-campus TikTok bans – which won’t prevent students from accessing the app on their own devices and networks but could prompt a pivot to extremely similar competitors such as Triller, YouTube Shorts, and Instagram Reels – ByteDance has reportedly admitted that its employees improperly accessed user data.

According to a new report from the Wall Street Journal, ByteDance specifically acknowledged “that its employees improperly accessed the user data of two journalists on the social media service.”