Apple Subscriptions Surpassed 900 Million In 2022, Per Execs, As Over 80% of Apple Music Subscribers Listened In Spatial Audio 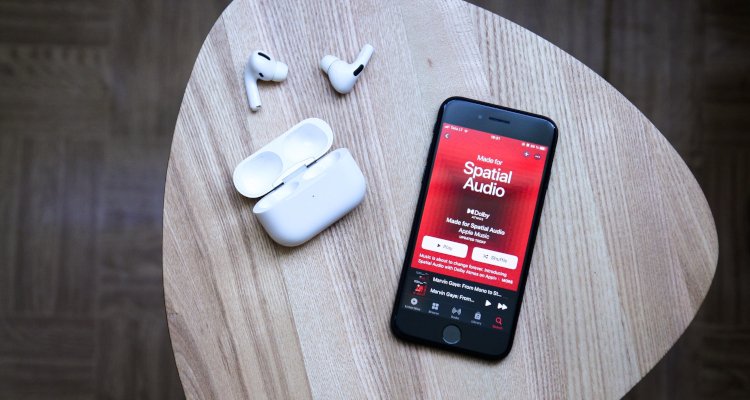 Apple’s services boasted approximately 900 million paid subscriptions at 2022’s end, according to the Cupertino-headquartered company, and specifically on Apple Music, 80 percent of users are said to have listened in spatial audio last year.

These and other noteworthy stats came to light in a recently published yearend recap, as Apple prepares to unveil its Q1 FY 2023 earnings report in early February. But even in quarterly analyses, execs have long avoided identifying the precise number of subscribers attributable to each of their business’s services (Apple Music, Apple Fitness+, and Apple TV+ among them).

Consequently, it’s unclear exactly how many paid users the Spotify competitor has, and it appears unlikely that the information will become publicly available in the near future. For reference, though, Tim Cook in a late-October earnings call (pertaining to Apple’s showing during the three months ending on September 30th) communicated that services had racked up “more than 900 million paid subscriptions.”

Bearing in mind the point, Apple’s services evidently failed to add the 100 million additional subscriptions (during October, November, and December of last year) needed to crack one billion.

The 12 months prior to the release of the earnings report (which covered the fourth quarter of the company’s 2022 fiscal year, once again) had delivered around 155 million additional subscriptions, or an average of nearly 13 million subscriptions per month.

Notwithstanding this gradual dip in Apple’s overall subscriber-growth rate as well as continued competition from Spotify and others, J.P. Morgan predicted in June of 2022 that Apple Music itself would surpass 110 million subscribers by 2025. Needless to say, this prediction suggests that Apple Music has far fewer paid users than Spotify and accounts for a small portion of the iPhone developer’s total subscriptions.

Shifting to the initially highlighted listenership data for Apple Music’s spatial audio, the format’s monthly users have “more than tripled” since launch despite some past criticism, per the company, with in excess of “80 percent of worldwide subscribers enjoying the experience.”

Additionally, the number of Apple Music “monthly plays in Spatial Audio have grown by over 1,000 percent,” Apple likewise indicated of the format, which rolled out in select Mercedes-Benz models three months ago.

Worth mentioning in conclusion is that Apple’s Shazam has been used to identify tracks north of 70 billion times to date, according to its parent company, as users in 2022 “discovered over 40 million different songs.”