Who Pays the Fastest in the Music Industry? A Look at Create Music Group’s One-Month Artist Payment Turnarounds 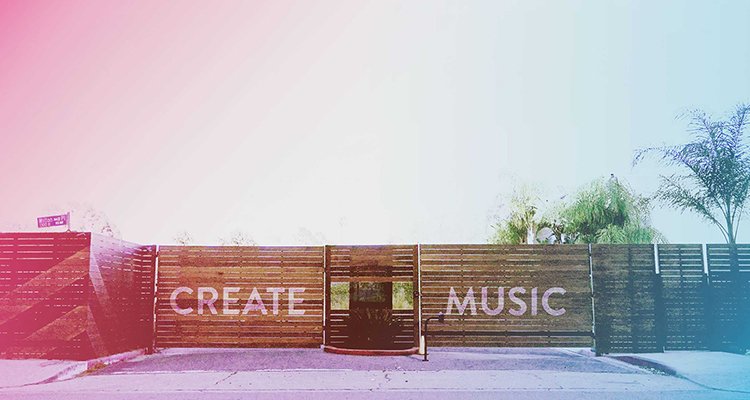 Long payment cycles have remained endemic in the music industry. While some streaming platforms like YouTube pay royalties monthly, many labels haven’t allowed that swiftness to trickle down to artists. Against that backdrop, Create Music Group is giving artists more insights and more money for their work — and paying it out faster.

With major digital service providers (DSPs) typically paying out royalties every 30-60 days, this industry ‘norm’ poses a serious question: do labels lack the tech to ensure artists receive their payments faster, or are other factors at work?

According to a survey of 750 creators from the U.S. and U.K., 90% reported experiencing issues getting paid. When it came to choosing a payment platform, secure payments was the top must-have, and 47% said on-time payments was their second biggest requirement.

Against that backdrop, Create Music Group is presenting a somewhat unique proposition: a one-month payout cycle. As a result, the indie platform appears to have gained traction by achieving a serious competitive advantage.

Turnaround times can indeed be fast, with transparency to boot. Create noted that statements can ingest all DSP details and breakdowns, including every asset and artist split. According to Create Music Group’s SVP of Finance, Zach Victor, “As soon as that money comes in, we’re paying it that same month. This doesn’t just translate to happier partners, but also better business.”

By partnering with Tipalti, Create Music Group has been able to modernize, centralize and consolidate payment processes with end-to-end automation.

At a top level, Tipalti has eliminated 80% of Create Music Group’s payable workload with advanced automation. Tipalti noted that it now manages all of Create’s payment needs, including artist (aka partner) payments and accounts payable (AP). Last year, DMN joined forces with Tipalti to further showcase its backend financial capabilities.

A key component of the payout process is Create Music Group’s home-grown Label Engine system, which is designed to ingest DSP statements from across the globe. It can then quickly spit out an automated monthly statement for every artist or label by asset, DSP and split. These statement amounts can then be imported into Tipalti in minutes, and paid the same day.

Victor talked about how manual processes that used to take several days now take one hour. “Our team was tied up in so much manual processing, and payments weren’t accurate either. They would miss getting marked leading to duplicate payments, or altogether skipped payments.”

Tipalti’s cloud infrastructure is built for mass scale, powered by a multi-entity architecture for performance, reliability and security of payments. Following the integration of Tipalti, Victor reports that it’s now easier to onboard new payees and partners, no matter where they are in the world. Information is more up-to-date and artists know more about their income.

Tipalti’s end-to-end automated solutions are built to handle every step of the payables cycle.

An automated email system notifies artists of the status of payments, so they know when they get paid – and what they can expect to get paid. Victor explained how Tipalti has allowed Create Music Group to evolve, saying, “Before Tipalti, we couldn’t communicate to all the artists when payments actually went out. We got bombarded in our AP inbox with hundreds of emails, wondering where payments are. That’s been a huge advantage — the transparency across the process.”

Victor spoke about the future of Tipalti within Create Music Group’s unique offering to the music industry. “It has improved our business tremendously with regards to  global payments and AP,” Victor relayed. “Over the next couple of years, we’re looking to build a whole new label engine that will have deeper integrations with Tipalti. Everything will be integrated.”

Create Music Group’s one-month payment turnaround has the potential to become a processing yardstick and competitive advantage in the coming years.

With the complex set of income-generating events leading up to artist royalty payments, and different right holders’ unique shares of and splits, labels have their hands full. Accuracy of transactions that include ingestion of all assets, splits and shares are a rare find.

Create Music Group has signed artists like Tory Lanez, Marshmello and The Chainsmokers. Victor says this is because “artists don’t just make money quicker, they also make more with us.”

The indie platform also offers a bigger split of artists’ hard-earned royalties. Victor explained, “Once a major label deal runs out, many artists come to us because they have been getting splits typically under 50%. We’re flipping that, and artists get 70-80% of the split by partnering with us and they keep control of their masters. That’s a much better deal, and we can still give advances like a major label does.” Victor spoke about how the viral video rights management and licensing branch of Create Music Group, Yoon, helps content creators syndicate and monetize videos that get published across social media channels, and that’s “something that major labels don’t do.”

“This can be thousands of creators and we needed a solution that could easily and quickly onboard them,” Victor noted.

Create Music Group does more than just distribution. One of the company’s biggest wins: their home brand FlightHouse owns a 28 million-subscriber TikTok platform.

Talking about this, Victor said, “We call ourselves an audience company rather than a music distribution company. We own audience, including a vast social media network and music tastemaker channels like The Nations and DubstepGutter, and we believe that’s the future for a modern music company.”

Bloomberg recently reported TikTok generated revenues approaching $4 billion in 2021. The social media platform is expected to rake in a whopping $12 billion in 2022.

The company is not only expecting TikTok to rake in stronger revenues ahead, but also expects growth via YouTube. With 25% of YouTube’s audience now on YouTube Shorts — which will start monetizing by the end of this year — Create Music Group is projecting another revenue stream for artists. That’s just one expansion Tipalti aims to quickly enable, especially as the user-generated content landscape – and its revenue picture – continues to rapidly evolve in the coming years.

Originally a YouTube claiming company, Create Music Group has now grown into a worldwide distributor, content creator and marketing agency. The company’s major goal is “putting artists in control by providing transparency and fast payments, so they can focus on doing their creative thing.” According to Victor, “We’re the partner artists need for everything — from distribution to marketing and everything else.”

The company is also creating waves with Create Carbon, the first credit card for music creators. The concept  is in a pilot program currently, but will allow artists to access their earnings as soon as they’re earned, rather than having to wait for regular monthly payouts.

Extended Remix: Learn about the intricacies of streaming music platforms and the takeaways for the creator economy in Tipalti’s webinar, ‘New Rules for the Creator Economy: Lessons in Transformation from the Music Industry’.