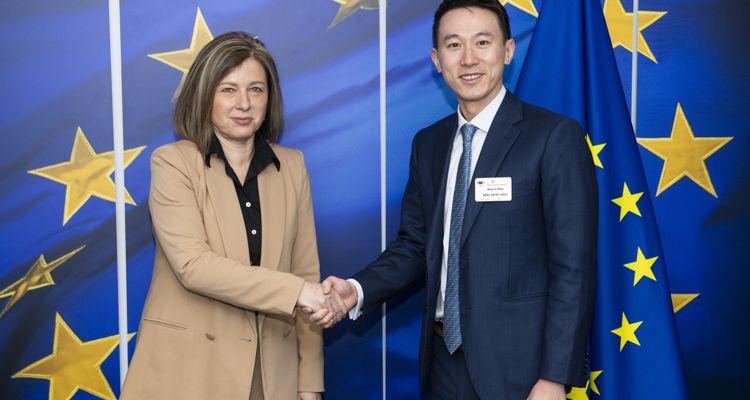 The European lawmakers asked the TikTok chief several questions focused on its preparation for EU rules focused on content governance and safety. EU commissioners also discussed child safety on the platform, the spread of Russian disinformation, and the transparency of any paid political content. TikTok will face even more scrutiny from the European Commission itself if it falls under the ‘gatekeeper’ criteria laid out in the Digital Markets Act.

“At the meeting the parties also discussed GDPR and matters of privacy and data transfer obligations with a reference to the recent press reporting on aggressive data harvesting and surveillance in the US,” the statement concludes.

More than 22 state governments in the United States have banded together to ban TikTok on government devices. That’s because the app can harvest data to build a profile on users. That information then has the possibility to be shared with the Chinese government, due to current CCP laws.

On December 23, TikTok parent company ByteDance admitted to accessing the data of two journalists on the platform. ByteDance says it was in an effort to track down company leaks, but the news has sparked more security concerns about ByteDance employees in China accessing U.S. data. The data accessed included IP addresses–which reveal a person’s general location.

The first results of an investigation into TikTok’s transfer of European data to China is expected in early 2023. Ireland’s Data Protection Commission is responsible for TikTok’s compliance with EU privacy rules–the General Data Protection Regulation (GDPR). TikTok’s European Head of Privacy, Elaine Fox, admitted in November 2022 that European data can be accessed by employees in China. The data is stored in the United States and Singapore.