Spotify and Deezer Urge the European Commission To Take Swift Regulatory Action Against Apple: ‘Consumer Harm Will Continue Until a Remedy Is Enforced’ 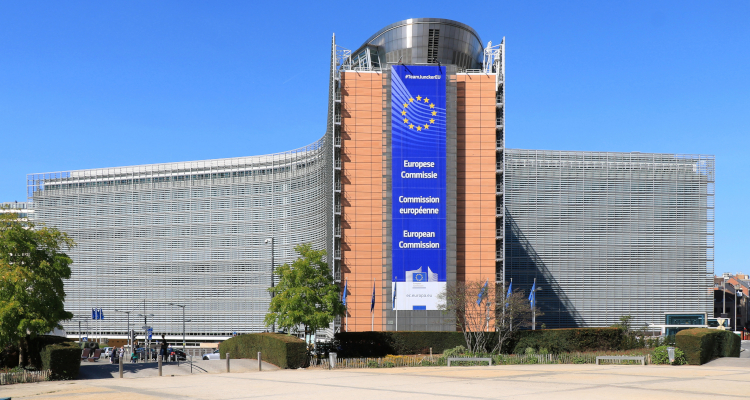 After providing fake-stream data to the French government while Apple Music opted not to do so, Deezer and Spotify are jointly calling for the European Commission to take “swift and decisive action” against the Cupertino-headquartered company’s “anticompetitive and unfair practices.”

Stockholm-based Spotify and Paris-headquartered Deezer issued this latest demand for a crackdown against Apple – and particularly the iPhone developer’s allegedly monopolistic App Store policies – in a letter to Competition Commissioner Margrethe Vestager.

A longtime critic of Apple’s App Store fees – including the 30 percent commission that certain developers must cough up for in-app transactions – Spotify announced the letter (and published the document in its entirety) via a formal release.

Four years back, the streaming giant filed a European Union antitrust complaint against Apple, and Spotify CEO Daniel Ek last year personally traveled to Brussels in an attempt to “accelerate” the corresponding investigation.

November of 2022 then saw Ek double down on his push for EU regulatory action against Apple, after Spotify touted a “groundbreaking” deal with Google for in-app subscriptions. Meanwhile, Deezer debuted on the Euronext last year and intends to meet a series of ambitious revenue and subscriber goals by 2025.

Bearing in mind these pertinent background details, the letter from Spotify and Deezer (as well as Geneva’s Proton, Basecamp, Oslo-headquartered Schibsted, the European Publishers Council, France Digitale, and News Media Europe) highlights the allegedly illegal practices of “certain global digital gatekeepers” immediately before zeroing in on Apple itself.

“For years, Apple has imposed unfair restrictions on our businesses,” the mentioned companies and organization vented. “These restrictions hamper our development and harm European consumers. They include the tying of the App Store to Apple’s proprietary payment system, with its excessive commissions for app developers; the creation of artificial obstacles that prevent our businesses from freely communicating with our customers; restrictions to developers’ access to data of their own users; and capricious changes to terms and conditions.”

Predictably, given this laundry list of qualms, the letter proceeds to allege that Apple “continues to defy every effort from courts and regulators to address these unfair practices,” thereby inflicting “immeasurable” harm upon European consumers.

“The time has come for urgent action from the EU to end Apple’s abusive behaviours,” Spotify and Deezer drove home. “The EU has the opportunity to take the lead, but it must act fast as every day that passes is a loss for innovation and for the welfare of European consumers.”

Said urgent action should begin with “a rapid decision” in the aforementioned European Commission investigation into Apple, per the parties that authored the letter. In an early 2021 “Statement of Objections,” the Commission expressed its “preliminary view” that “Apple’s rules distort competition in the market for music streaming services by raising the costs of competing music streaming app developers.”

“That Statement of Objections is nearly two years old and the abuses and consumer harm will continue until a remedy is enforced,” the letter to Vestager reads. “Beyond the specific App Store case, the EU authorities urgently need to look at Apple’s abusive behaviour in other areas as well, such as publishing, web softwares, communications, and marketplaces.”

In closing, the signatory entities took things a step further by encouraging the European Commission to crack down on Apple via the Digital Markets Act, which became law (along with the Digital Services Act) in 2022 and is expected to begin going into effect throughout 2023.

“Any attempts by Apple and other gatekeepers to circumvent the rules – including on misleading and vague grounds of privacy and security – should be resisted,” Apple and Deezer concluded, referring to the DMA’s enforcement. “We are at your and your teams’ disposal to share our market experience and our views on what meaningful compliance should look like.”