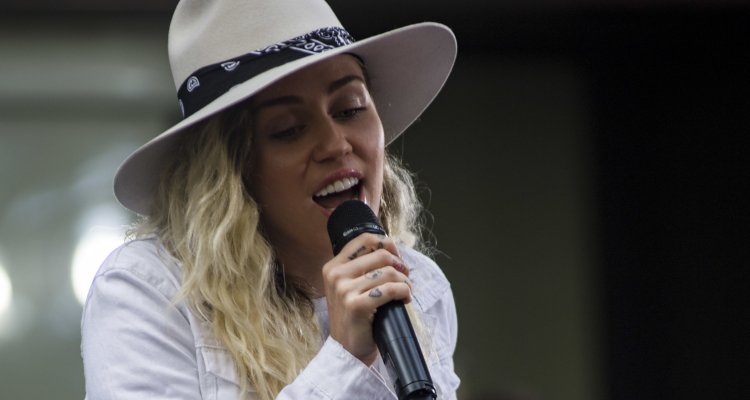 Miley Cyrus’ “Flowers” has set a Spotify record for the most streams in a single week, with north of 100 million on-platform plays to its credit.

Spotify took to social media today to tout the massive stream total boasted by “Flowers,” which Miley Cyrus released last Thursday. The lead single from the 30-year-old’s forthcoming eighth studio album, “Flowers” had racked up 101.84 million Spotify streams at the time of this writing.

And in attracting all manner of listeners during the first seven days that it was available to fans, “Flowers” emerged as “the most-streamed song in a single week in Spotify history,” the Stockholm-based platform emphasized.

Predictably, given its strong showing out of the gate, “Flowers” is likewise occupying the foremost spot on several official Spotify playlists, including “Today’s Top Hits,” which has nearly 33 million followers. And needless to say, this prominent positioning will continue to spur streaming growth for the track, which also benefited from a series of Spotify billboards in high-volume areas and pushes from competing services.

But time will tell whether the early momentum of “Flowers” drives enough long-term listenership to propel the track past Cyrus’ other well-known releases in terms of total streams.

More broadly, Spotify has a larger userbase than ever, to the tune of 456 million monthly active users, including 195 million subscribers, as of Q3 2022’s conclusion. (The company’s Q4 2022 earnings report is scheduled to release on January 31st.)

These users are contributing to a record number of new streams, to the particular benefit (owing to the corresponding multitude of trend-minded fans) of debuting tracks like “Flowers.” Looking past Spotify and to the on-demand streams resulting from all services, reports have pinpointed 5.3 trillion global streams (up 25.6 percent year over year) and 1.3 trillion stateside streams in 2022 (up 12.2 percent YoY).

Bearing in mind these stats, Mariah Carey in late December broke Spotify’s single-day global streaming record with “All I Want for Christmas Is You,” which generated 21.27 million on-platform plays during the 24-hour period in question.

And to kick off 2023, The Weeknd’s “Blinding Lights” supplanted Ed Sheeran’s “Shape of You” to become the most-streamed song in Spotify history. While the revenue associated with millions upon millions of streams remains significant, the payout model employed by Spotify and others means that a substantial number of talented artists (including professionals with dedicated followings) are earning extremely little from streaming royalties.

Consequently, some of these artists are exiting Spotify altogether, and many are touting the fan-powered model, under which royalties are distributed to artists in proportion to each user’s actual listening, as a preferable alternative.