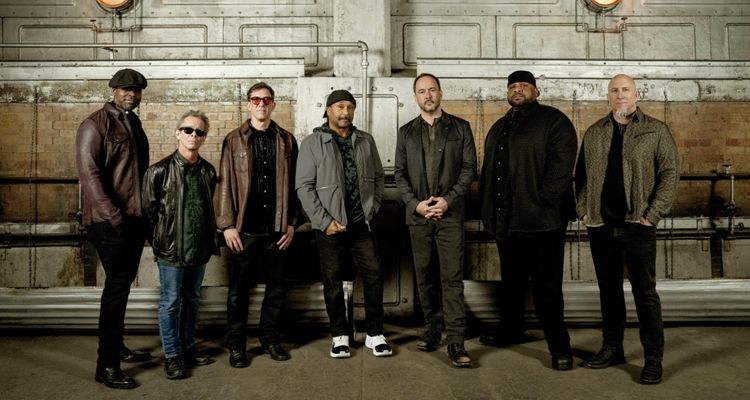 Dave Matthews Band announces a 2023 summer tour and a new album, Walk Around the Moon, to release on May 19.

To coincide with the launch of their US summer tour, Dave Matthews Band will release their tenth studio album, Walk Around the Moon, on May 19. The follow-up to their chart-topping 2018 album, Come Tomorrow, Walk Around the Moon features 12 original songs, most of which were recorded with producer Rob Evans. Preorders for the physical album feature a limited edition deluxe vinyl option available exclusively on the band’s website.

After playing a trio of dates in Mexico, Dave Matthews Band kicks off their US tour at The Cynthia Woods Mitchell Pavilion in The Woodlands, Texas, on May 19. The run will include the band’s first show at the Forest Hills Stadium in New York on June 9, and two-night stands in North Carolina, South Carolina, Indiana, Illinois, New Hampshire, New Jersey, Florida, and California. The tour concludes with the band’s traditional three-day Labor Day weekend celebration at Gorge Amphitheatre in George, Washington, September 1-3.

An online ticket presale for DMB Warehouse Fan Association members is underway now. Citi card members will have access to presale tickets from February 14 until February 16 through the Citi Entertainment program. Tickets will go on sale to the general public on February 17.

Dave Matthews’ ongoing partnership with The Nature Conservancy has led to the planting of three million trees since 2020. The band has a long history of reducing its environmental footprint since its early shows in 1991. Dave Matthews Band has sold more than 25 million tickets since its inception, making them the second-largest ticket-seller in history behind U2.