What started as a pullout is turning into a battle, and lots of indies are paying attention. And now, round II: on Monday, label founder Sam Rosenthal continued to blast Spotify for devaluing artists and their music, while deliberately misleading indies with ‘nonsense’ and secrecy.

But Rosenthal also corrected some math.  In a letter to Digital Music News, Rosenthal also responded to questions about his estimated per-stream payouts.  It is not $0.00029 per 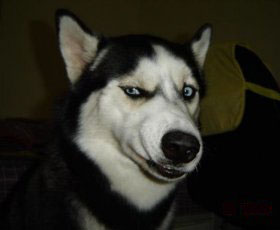 play, as he previously mentioned, but an upwardly revised $0.0013.  Here’s the letter…

To be clear, based on recently pulled data, Spotify paid Projekt $0.0013 per stream. “Better,” but still not a viable number.As to their response, it is interesting how they turn this into an accountant’s game of obfuscation, while ignoring the over-arching reason why labels like Projekt pull their music from all-you-can-eat services:In the world I want to live in, I envision artists fairly compensated for their creations, because we (the audience) believe in the value of what artists create. The artist’s passion, dedication and expression is respected and rewarded. Spotify is NOT a service that does this. Projekt will not be part of this unprincipled concept. Specifically, to the contention that, “Spotify is not a unit based business and it does not make sense to look at revenues from Spotify from a per stream or other music unit-based point of view.” This concept is nonsense (and the sentence does not even make sense). I look at how much Projekt is paid by Spotify, divide by the number of tracks streamed and get a per stream total. This makes sense to me. What I see is $.0013 is not viable compensation for using artist’s music as fodder to sell their service. “Spotify does not sell streams, but access to music.” Personally, I like access to coffee, Spotify’s rate requires 3,461 streams to buy a mocha at my local cafe here in Brooklyn! : ) Artists deserve fair compensation for their creations.For these and other reasons, Projekt is no longer available on all-you-can-eat services. I thank everyone for supporting music and purchasing in ways that fairly reward artists for their creations.Best,Sam Rosenthal”