We’ve heard that monstrous rounds are coming, including a gigantic thud from Spotify.  But for now, the venture capital landscape is drying for music startups.  Songkick recently scored a $10 million round from Sequoia, but that remained a relatively isolated event.

Which is why first-quarter financing is down nearly 40 percent below comparable levels from last year.  More specifically, music startups rallied $83.75 million during the first three months of this year, down 38.9 percent from a year-2011 tally of more than $137 million. 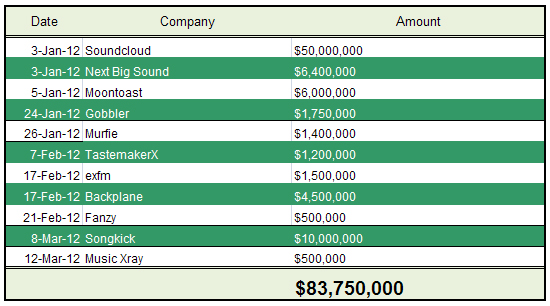 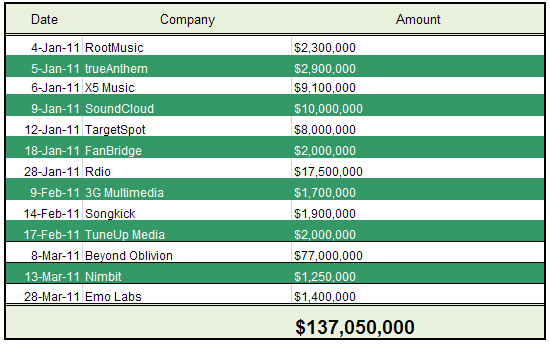 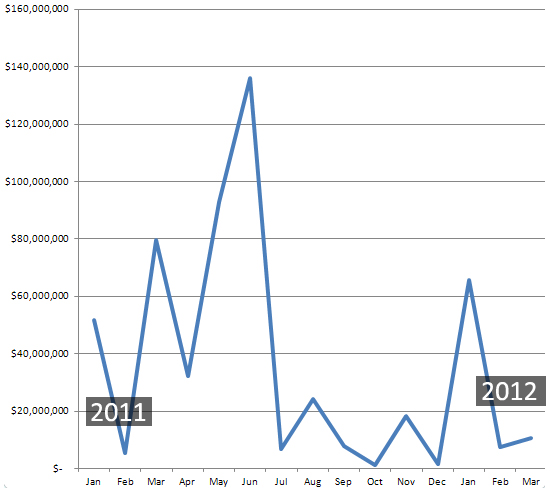