Sure, you probably skip the credits at the end of a movie – in fact, most people leave the theater right when they start!  But the credits – for every last contributor – scroll after every film, without exception. And top-level contributors are always included during the opening minutes of a film.

So why is it that this level of crediting is almost always missing from iTunes, Pandora, Spotify, Amazon, Rdio, and almost every other music service, with little exception?  That’s the basis for a metadata movement being spearheaded by producer, mixer and engineer Count (aka Mikael Eldridge), whose ‘credits’ include artists like DJ Shadow, Radiohead, The Rolling Stones, Frank Sinatra, New Order, No Doubt, Galactic, Zoe Keating, and Tycho.

Count wants his name included in these artists’ digital works – just like physical formats – which is why he’s pushing to properly credit performers, producers, and engineers on all online music services.  Here’s the argument…

“If Led Zeppelin had only sold albums digitally when they started, it’s very unlikely that many people would know who Jimmy Page or Robert Plant are because the digital music files you purchase for download or streaming can’t show you who played on them.” 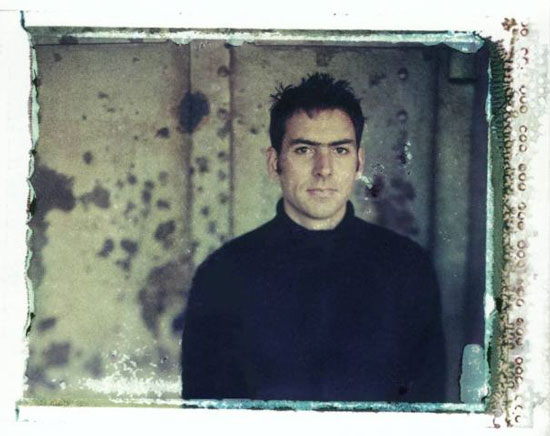 “Before I begin, if you think performers, producers, and engineers should be credited on interactive music services like iTunes, Pandora, and Spotify, click here to ‘like’ our campaign so we can show there is a real demand and change this once and for all.

Over the last few years we’ve seen an explosion in interactive music services. iTunes, Pandora, Spotify, Soundcloud, and dozens of other platforms are touted as groundbreaking services, but if you really think about it, it’s all on the backs of the people who actually created the music; the performers, producers, and engineers. These services are nothing without music creators and at the very least they need to finally give music creators credit on screen.

There is no excuse. Its the right thing to do, it would create a much richer user experience, and it would improve these music services by turning people on to new music. That’s why myself and a crew of dedicated folks at the Grammys are tackling this issue once and for all. But we need your help to show there is real demand. There are many obvious reasons why credit must be given to music creators, but these are a few important ones that I haven’t heard discussed enough.

It’s a win-win and in most cases it costs nothing.  It’s one of the most obvious ways to turn people on to new music and it has thus far been a completely missed opportunity. Obviously if I like Radiohead or the Roots, I would want to know who produced them, what other albums they’ve done, and who’s performing on the recordings.  Chances are I might like their other work. Duh.

Also, if I’m a Radiohead fan, I would want to know that Thom Yorke sang on an UNKLE song. Chances are, I might like it.  Again, DUHHHHH.

Now that we have these amazing products like iPads to experience music, we should be demanding a much richer experience than what iTunes, Pandora, and all the others currently offer; something deserving of the amazing new screens these music services are displayed on. Seriously, iTunes looks like the spreadsheet I use to do my taxes. We should be having a better, deeper experience than we used to have holding a CD booklet or a cassette; not worse.

But let’s set aside the obvious moral or social reasons for acknowledging music creators.  If you are a music service, just consider the marketing potential.  This is just basic marketing 101.  It’s something Amazon, the late Tower Records, and all decent indie records stores have been doing for years.  Yet you will hardly find any internet music services cross referencing by producer, engineer, or performer.

We have these amazing interactive screens just begging for music to be experienced in much more meaningful ways.  It’s an opportunity for these companies to share and sell more music.

Let’s also look at this from the perspective of another similar, slightly less damaged industry, so we can see how this issue should be handled.  How long do you think Netflix or movie theaters would last before being sued or shut down if they stopped rolling the end credits of movies?  The Screen Actors Guild, Directors Guild, and Writers Guild would never stand for it. If the credits were not there, the studios would sue.  And if that didn’t work, there would be so much bad press and outcry form the general public that it just wouldn’t be worth it.

But this is the music business, and for some reason music services think they don’t need to bother crediting us.  We’ve all seen iTunes and noticed their failure to credit music creators on screen.  But go to the iTunes Store and look up any movie. You’ll see right at the top of the screen next to the movie poster a list of actors, screenwriters, directors, and producers. We must demand this for music immediately not only for iTunes, but all other music services.

(4) This is not about egos. It’s about survival.

Most people might think this issue of not crediting music creators is a minor formality that merely irritates us.  But this is not about stroking the egos of music creators.  People need to understand that producers, engineers, and musicians need these credits in order to survive in this business.

We get our work by word of mouth, and without credits, nobody knows the work we’ve done, we don’t get new work, and pretty soon, we don’t have a career.  Companies like Pandora and Spotify get a lot of credit for their achievements.  It’s time for them to give credit to the people who made their services even possible.

Somehow the issue of credits has for years been relegated to relatively closed discussions in rooms full of the nerdiest engineering geeks you’ve ever seen in your life at audio conventions like AES under the discussion topic of “METADATA”.  This is one guaranteed way to put everyone to sleep and prevent anyone from caring about this issue.  So please, don’t utter the word METADATA in relation to music creators’ credit.

This issue is far more straightforward than that.  It’s not a complicated tech issue for nerdy engineers, and it’s not something that should take more than a few minutes to resolve for all future music releases.  Adding a field of data on a site like iTunes or Pandora takes a few seconds.  I know because I’ve made databases before.

All we need is for all internet distributors to simply require the following info for all releases: list all performers, producers, engineers, mixers, and mastering engineers for each song and provide their preferred web link. Without this data, the release simply shouldn’t be accepted by distributors.

“It’s absolutely unbelievable that I can go online and instantly have access to Roger Federer’s obscure tennis stats but I can’t even see who is singing a song on iTunes or Pandora.”