The major labels are paid huge advances or guarantees for Spotify’s use of their artists’ music. But do their artists get any of that money? Here to address that issue is music industry attorney Steve Gordon, who brings specific contract language and terms to the table. Steve was assisted in writing this piece by Emily Borich and Ariel Greenberg. 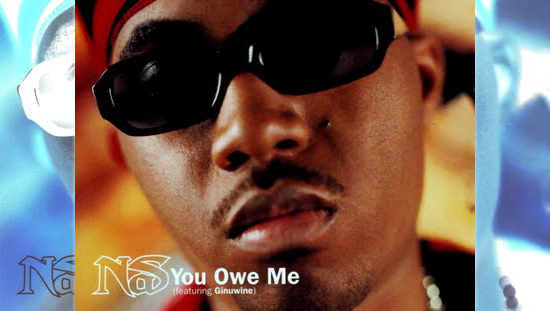 Much ink has been spilled that Spotify pays a pittance to indie artists.  As reported in these pages, the average payout for an indie label is about $0.005 per stream (half a penny). But for artists signed to labels, the situation is even more frustrating; they must wait until the label receives its money from Spotify first, because almost every record contract states that the label receives ALL the income generated from the commercial exploitation of their recordings.  Of course, the label is supposed to turn around and pay the artist their contractually defined royalty.

But do they actually pay their artists anything?

Most artists signed to major record companies are ‘unrecouped,’ that is, they owe their labels money.  Major labels spend a great deal on production costs, including hefty and sometimes huge producer fees, not to mention videos, indie marketing, and other contractually defined expenses.  The artists are responsible for paying all these costs back, and until the label ‘recoups’ these expenses, they do not pay the artist any record royalties.  Only the superstars, who sell millions of records, avoid this unrecouped status.  So whatever Spotify pays the majors rarely trickles down to the non-superstar artists.

It is generally well known that on-demand streaming services such as Rhapsody pay huge upfront monies to the labels for the use of their music.  For years, those services have complained that the upfront payments are so high they threaten their very existence.  Spotify could not even open their doors in the US until they agreed to pay a great deal of upfront money to the majors; there’s speculation these payouts were in the tens of millions of dollars.

But, again, do the artists on the majors see any of these monies?  Aside from the recoupment issue, there is a more evil clause that works in tandem with the concept of recoupment to deny most major label artists the monies that the labels receive from Spotify.

The language quoted below is from a major label contract with a now famous artist who signed it before becoming famous.  In other words, this is typical language in any new artist recording agreement with a major label.  The specific provision deals with income received by the label from other uses than normal physical or digital sales.  In the old days, it would apply mostly to licenses of the Artist’s Masters in movies and TV.  Now, it also applies to licenses granted by the major labels to audio on-demand services such as Rhapsody and Spotify.

“If Record company authorizes the use of any Master Recording made under this agreement on a flat fee basis, royalty rate or cent rate basis for any type of use not specifically covered elsewhere in this Article 9, (such as, but not limited to use in a commercial or motion picture), it will credit your royalty account with an amount equal to fifty percent (50%) of its net receipts attributable directly to that use. “Net receipts,” in the preceding sentence, means Record Company’s gross receipts as computed after deduction of all payments required to be made by Record Company to others in connection with those uses (for example, re-use payments under Record Company’s agreements with the American Federation of Musicians). If another recording artist, a Producer, or any other Person is entitled to royalties on such uses, the amount to be credited under this paragraph will be apportioned in the same ratio as that among your respective basic royalty percentages. If any item of such receipts is attributable to Master Recordings made under this Agreement and other Master Recordings, the amount of that item includible in gross receipts under this paragraph will be computed by apportionment on the basis of the number of Master Recordings involved.”

Under this language, the label may not owe any of the upfront monies paid to it by Spotify to most of its artists.  First, the clause states that the monies attributable to licenses for the Artist’s Masters must be “directly” attributable to the use of that Master.  But the advances from Spotify are for the use of the entire catalog of the label, not “directly” for particular Masters. Second, even if the labels were to pro-rate the advance and “credit” their artists’ accounts, the manner in which they pro-rate that amount is designed to pay the fewest artists the least money possible.

Here’s how it works: the language states that the label will pay “by apportionment on the basis of the number of Master Recordings involved.”  Suppose the major label licenses its entire catalog to Spotify and that catalog includes 10,000 tracks. Suppose further the advance is three million dollars.  Under this formula, the label would “apportion” $300 for each master (that is, three million divided by 10,000 tracks).  Assuming 90 percent of the Masters are by artists who are unrecouped, that would leave only 1,000 tracks for which the label would actually have to pay royalties, that is, 1,000 x $300 = $300,000.  That $300,000 would then be paid out to the superstar artists who are recouped.

The label retains $2.7 million.  And the only artists who get paid are the superstars.

However, because the labels apportion based on the number of Masters included in the license rather than the number of plays, the label keeps the vast majority of money from the advances paid by Spotify, and most artists on major labels probably never see a dime.

(Steve Gordon is a music attorney practicing in New York, and author of the book series, The Future of the Music Business.)