eMusic Is Slowly Bleeding to Death…

It’s hard to say exactly where eMusic took a wrong turn, though perhaps the space is slowly congealing around the heaviest-hitters like iTunes, Spotify, Sirius, YouTube, and Pitchfork.  That, coupled with seemingly-unlimited (and often free) discovery sources, makes curated plays like eMusic seem fragile and difficult to grow.

Which is why we’re unsurprised to hear more stories of attrition at eMusic.  Earlier this week, an ex-eMusic employee informed Digital Music News of another small bloodletting, specifically of 6-7 employees, and named at least one ousted person.  That we could quickly confirm, as well as another individual who pointed to ‘drib-drab’ layoffs without getting into specifics. 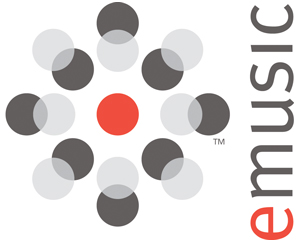 We followed up with eMusic quite directly on this issue, and received a classic, non-answer answer (you get paid well to come up with answers like these).

“Thanks for the inquiry, there is really nothing of substance that is out of the ordinary course of business. As part of our continued evolution in our strategy, in a dynamic marketplace, we are always evaluating talent and resources and making adjustments as required.”

Which, translated from PR-ese, basically sounds like, ‘yeah, we chopped a few people, now go away…’  An issue related to some shifts in the company’s New York office space also came up, though the company assured us that there wasn’t anything out of the ordinary with these moves.

Perhaps most importantly, the first source noted that subscriber levels are also dropping substantially.  Roughly one year ago, an eMusic representative confirmed that subscriber growth had remained flat for four full years, stuck at 400,000.  Now, that seems bullish: the latest information suggests something closer to 250,000 paying subscribers, though this time, eMusic flatly declined to share any subscriber specifics.

Since the initial publication of this story, a reliable source has shared a subscriber tally closer to 275,000.  We’ll hopefully have more details ahead.