Good News: The FBI Has Classified Your Fanbase As a Violent Gang…

Show me a band that thinks it’s ‘all about the music,’ and I’ll show you a band with 14 listens on Spotify.  It’s just never that simple; the notes and lyrics rarely exist in isolation.

“It’s all about the music…”

No, it isn’t.  It’s a saying that needs to be deleted; a purist attitude that will kill a career.  Because the most successful artists frequently go way beyond the music, in fact, they sometimes gain success in spite of their crappy and forgettable songs.  This is about a package that includes looks, a connection to a scene, location, religion, or subculture, not to mention a certain celebrity factor.  Guns n’ Roses wrote some of the greatest music of all time, but they also excited dirty sexuality, self-abusive indulgence, and everything your parents fucking hated.  They lived this life, it was dangerous.

Other, more modern examples aren’t hard to find.  Adele lacks the supermodel look but that’s the point: she has emotional resonance, she has deeply-emotional music and a connection with all the inadequate-feeling non-supermodels.  John Mayer has looks, the celebrity factor, and songs that excite female fantasies better than a Hollywood chick-flick.  What we’re talking about is packages that contain an important musical component, not music in isolation.  Even purist genres like classical and jazz go way beyond the virtuosities. 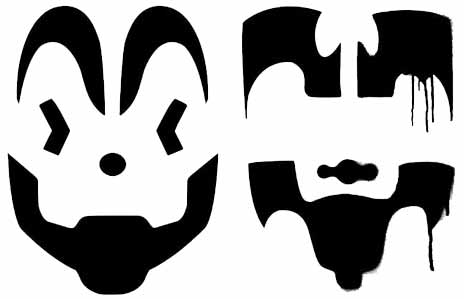 It’s not just fans, it’s everyone that has any emotional connection to a group.  If you hate Insane Clown Posse, the Juggalos, and everything that goes with that scene, then you’re bolstering the cause and the band.  Because Juggalo superfans are not only defined by their subcultural attitudes, but also the adverse reaction they get from mainstream society and authorities.  Indeed, the Juggalos have been now classified as a ‘loosely organized hybrid gang’ by the FBI, up there with the Bloods, Crips, and Aryan Brotherhood.

There’s a sullied and complicated story here.  But from the standpoint of building a cult-like following, you couldn’t ask for anything better.  Because the world has now granted the Juggalos the highest form of ‘otherness’ and outcast (albeit voluntary) identity possible.  Which brings us to last Friday, when ICP emcees Violent J and Shaggy 2 Dope opened a legal defense fund to help Juggalos that are facing discrimination because of alleged gang affiliations.  Everyone’s in this together, they’re going to fight the man, the Feds, and the overbearing US Government.

‘Us against them’ has never been so perfectly captured in a bottle.  It’s dangerous, scary to authorities, attacked, and intensely bonding to members.  It’s not mainstream, it may never be, and that’s also the point.

This isn’t the first time that a band has created an entire scene or even subculture.  But it seems that the ‘everything else’ is so frequently missed by discovery apps and tech-driven musical ideas.  Because algorithms don’t create stars, at best, they can spark something bigger.  This is about inspiring the rawest of emotions, the most deep-rooted anger, longings for the most misguided love affairs and fixations we can’t shake loose.  Not to mention psychological needs for association, identity, and definition from other groups.  It’s what good music marketing and real fan bonding is all about, and what ‘discovery’ and technology usually isn’t.

/paul.  Written while listening to ICP, Beethoven’s 4th, and Appetite for Destruction.