Anyone who thinks investment in music is ‘drying up’ clearly hasn’t looked at the numbers.  Because with less than two weeks left in 2012, investment in music-related startups and companies has reached $619.3 million, a near-34 percent gain over 2011. 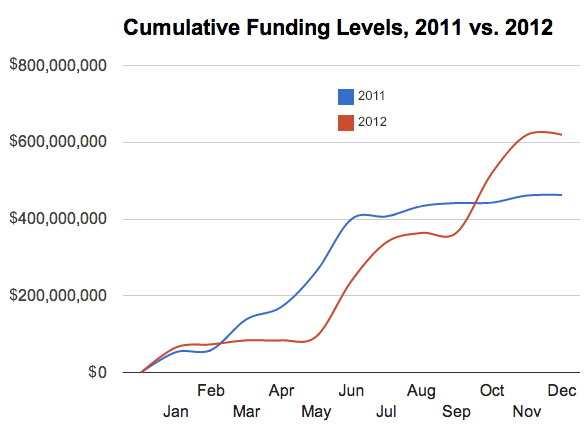 Spotify wasn’t the biggest catch, either.  Deezer claimed a monstrous $130 million round, while Sonos received a handsome $135 million in financing.  Those rounds, coupled with Spotify’s $100 million, accounted for roughly half the total pot.

Here’s the rundown of every financing round that we reported in 2012, typically confirmed by the participants (company, investors, or both), or filed publicly.  Other times, figures were reaffirmed by publications like the Wall Street Journal.  If we couldn’t solidly confirm the round, it wasn’t included.