The US market is probably next, but for now, the meltdown is happening over in the UK.  That’s where paid downloads hit another all-time high in 2012, while broader album sales plunged 11.2 percent.  That’s the lowest album sales volume since the early 80s, according to stats from the BPI and Official Charts Company.  Which is right around the time the CD was being introduced.
Amazingly, the CD still accounts for 69.1 percent of the broader album market in the UK, according to BPI stats.  Which makes a 19.5 percent year-over-year drop a serious problem, and part of the reason why labels are freaking out over a crumbling HMV.

The telling part of this story is that digital albums are actually surging, yet double-digit gains are not enough to prevent a broader decline.  Overall, albums dropped 11.2 percent in 2012. 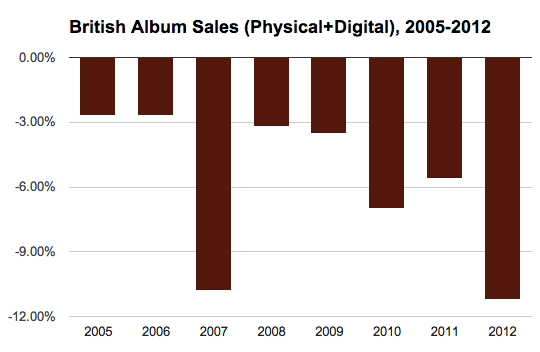 There’s also a lingering issue related to the rate of increase on paid downloads.  The BPI pointed to track sales of 188.6 million in 2012, a new record but a mere 6 percent gain over 2011.  Which looks stunningly bad compared to this (as reported by UMG in November of last year). 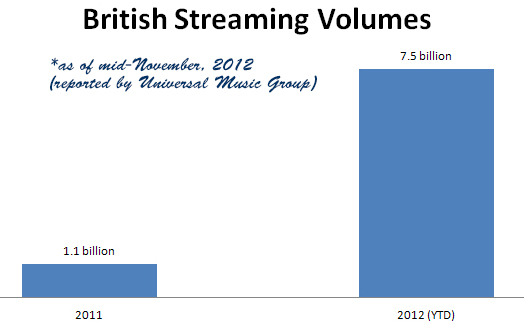 Written while listening to Neon Indian.