The digital landscape is saturated with companies vying for the attention of millenials, hell-bent on making everything a social experience.  Turntable and Piki, trendy music apps that prioritized social discovery, surged in popularity but have started to fall out of favor.  However, not all social music apps seem to be headed towards demise. 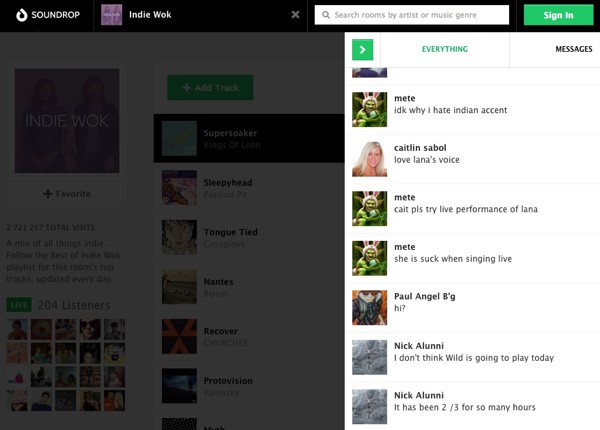 Soundrop has essentially been an app inside an app: it’s a social music discovery platform that existed solely inside Spotify until recently.  The service revolves around social listening rooms, and has expanded to become “the first and only real-time, cross-platform social music service” according to their press release. Soundrop is now also available on the web, iOS, Android, and embedded in Facebook pages.

Soundrop has also united with music labels under the common goal of marketing and selling stuff.  The service now brings in relevant artists such as Zedd and Charli XCX, creating rooms for them to raise visibility with fans and boost their streams.

This approach seems to be working well, as Soundrop has closed a $3.4 million funding deal with previous investor Northzone and new investor Investinor.  Quite a success for this Norwegian company, as Investinor is backed by the Norwegian government.