Spotify Weighs In On Apple Music With Updated Family Plan 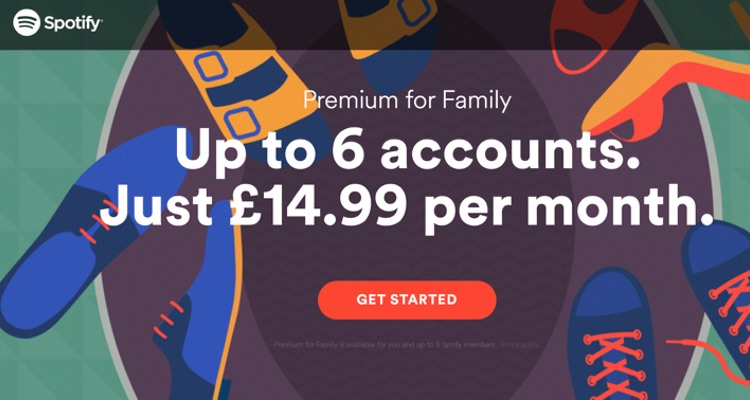 The major benefit of Apple Music, aside from its radio service, was the family plan – the fact that up to 6 users could have full access to the streaming platform for just $14.99 a month. This was a major advantage that the service had over Spotify – whose service cost over $30 for up to 5 users.

But, now the streaming platform is catching up with the other competing streaming services by updating their family plan which now matches the price of Apple Music and other streaming platforms in the music industry. This not only ensures that they compete successfully and don’t lose large families to rival streaming services, but it saves families using Spotify up to $20 a month if they opt into the new family plan. The new pricing model is available in all countries where Spotify operates — except Canada.

There is no doubt that Spotify still majorly outweighs Apple Music and other streaming services, in fact, they have declared that they have been growing even faster since Apple Music entered the market – adding on average 1 million paid subscribers a month. But, Apple Music have reached milestones at a faster pace and have the added advantage of injecting large sums of cash into the platform.

Spotify is well aware of this fact and they certainly want to remain in their position as the number one streaming service. They’re not letting their price of their family plan get in the way of maintaining the top spot.