Turns Out the Average Age at ‘Oldchella’ Is Actually 38… 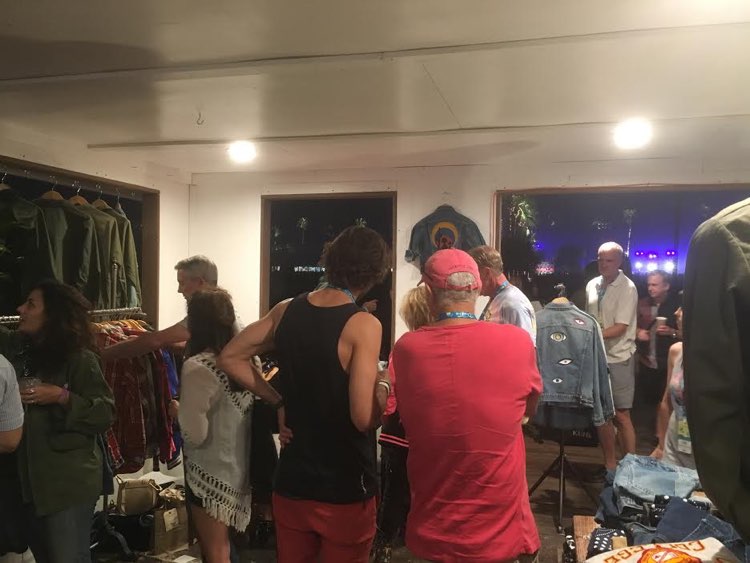 Walk the grounds of Desert Trip, aka, ‘Oldchella,’ and you’ll notice something strange.  Lots of people in their 20s and 30s.

The guy sitting next to me was a teenager.  He was watching Bob Dylan with his father.  Before Dylan did his encore, the father struck up a conversation with another fifty-something while his son dove into Snapchat.  The older guys laughed about how atrocious Bob Dylan’s performance was.

But hey, did you know that the Rolling Stones sometimes play ‘Like a Rolling Stone’? Fun facts you learn talking to decades-long fans.

But it wasn’t just kids hanging out with their parents.  This isn’t 14 year-olds dragging down the average.  There were actually tons of twenty- and thirty-somethings milling around.  Everywhere.

Actually, outside of teenagers, children, and octogenarians, pretty much every age group was well represented here.

So why is everyone calling this festival ‘Oldchella’?

That’s the name that stuck.  But the performers are the real reason.  Bob Dylan, the Rolling Stones, Neil Young, Paul McCartney, the Who, and Roger Waters are old.  But their music traverses multiple generations!

I walked up to a younger-20s couple and asked them what they thought of the ‘Oldchella’ stereotype.  The girl had a Rolling Stones t-shirt on.  They said they thought a lot of the older people were simply in the better seats and plush boxes, and not as visible.  Plus, younger people go out to see music more, the girl said.

Yeah, there are also super-expensive ‘boxes’ with things like pictures and guitars on the wall.   It costs tens of thousands for the entire three-day weekend.  But I peeked into one, and it was a young forty-something crowd.  They were just being .01 percenters, loudly singing ‘Happy Birthday to You’ in the middle of the Dylan set and clapping obnoxiously after the candles were blown out.

But what was the average age of the ‘Oldchella’ attendee?  I thought it would be forty-something.  But one of the executives at the festival did a quick sample, and calculated it to be 38.  It was a rough figure, he told me he’d deny he ever told me if I published it (wink).

And no, there weren’t many walkers, wheelchairs, golf carts, or other items you’d stereotypically associate with advancing age.   Actually, there wasn’t really any of that.

I’d like to take things a step further and call this music timeless, but everything has an expiration date.  I’ve heard that a lot of teenagers don’t even know who the Rolling Stones are.  From their parents.  Sure, they’ve probably heard the Stones’ music without knowing it, but have no idea who Mick Jagger is.

But the twenty-somethings do.

Desert Trip is happening this weekend and next weekend in Indio, CA.  Check out deserttrip.com.