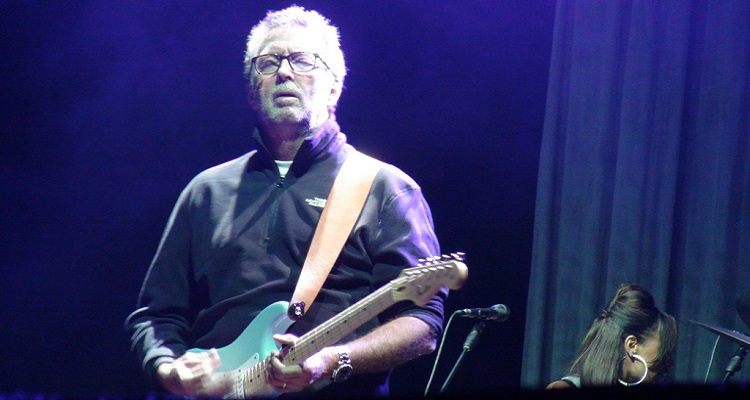 What’s in a song, Eric Clapton? For the Estate of Bo Carter, about $5 million.

Earlier this month, the Estate of Armentia Chatmon, better known as Bo Carter, filed a lawsuit against Eric Clapton, Warner Music Group, Sony/ATV Music, and Viacom, among several others. The estate asks for $5 million.

Digital Music News has obtained court documents that state that Bo Carter’s estate is suing Eric Clapton for an incorrect songwriting credit. Clapton credited the song Alberta to Huddie Ledbetter, better known as Lead Belly, in his 2013 re-release of Unplugged. Ledbetterr died in 1949. He recorded Alberta in 1940. However, according to the late singer’s estate, the credit should have gone to Bo Carter, not Ledbetter.

Carter wrote the popular song, Corrine, Corrina. The song started a blues and country standard in music. Thus, any artists, along with Clapton, have covered the song many times over the years. Carter originally licensed the song in 1929, according to American Society of Composers, Authors, and Publishers.

Miles Floyd, Carter’s step-grandson filed the lawsuit on behalf of Bo Carter’s estate. The original Alberta by Ledbetter is not musically similar to Carter’s song. However, Floyd believes Clapton’s song is a cover of Corrine, Corrina. He told The Tennessean,

“I didn’t realize how important it was until I started looking at it the last couple of years. This song is a well-known song. I was really surprised.”

“This is a situation where you have the estate, the rightful owners of Bo’s intellectual property, just trying to get what’s rightfully theirs and get credit where credit is due. Bo created this song and started, in essence, a genre in music and influenced many performers in the future, and he deserves that credit.”

This isn’t the first time Bo Carter’s estate files a lawsuit over Corrine, Corrina. Last July, the estate sued Rod Stewart for including the song as a bonus track. According to the Hollywood Reporter, however, that (now dropped) lawsuit never mentions the word “cover.” Covers receive a compulsory license under law, protecting them from such lawsuits. That lawsuit also fails to mention other covers in the past.

You can see the lawsuit below, along with the videos of Alberta by Eric Clapton and Bo Carter’s original Corrine, Corrina.