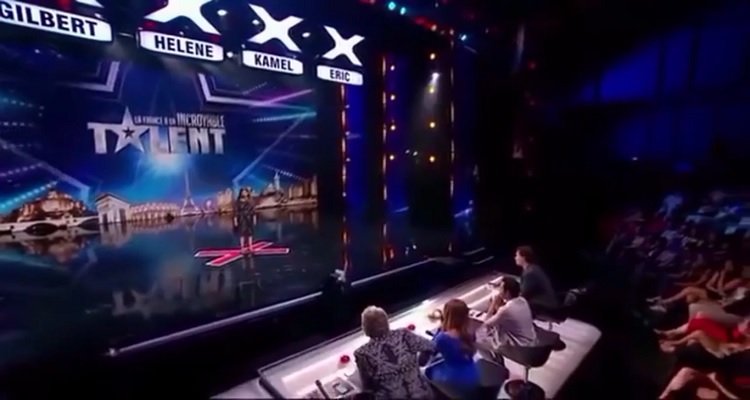 “We are praying and hoping. We never thought this would be possible.”

Katchry Jewel succeeded in impressing judges so far, even making one cry. She’s among the 12 finalists.

Katchry Jewel, better known as Alienette Coldfire, is a 26-year-old English graduate. She’s originally from Tapaz, Capaz in the Philippines.

According to friends, she learned how to speak French just three years ago. She studied it online with friends.

She amazed judges with not only her proficient French, but her incredible singing voice. In her Facebook, Katchry posted,

“And now, I’m in the final! I never thought I’d be selected amongst all these talented people. I need your support for the last step.”

She thanked the show for allowing her to live an incredible journey, the Manila Bulletin noted.

“I would like to thank the team of “France has an amazing talent” for allowing me to live the greatest adventure of my life! I live a dream awake.”

“All our friends, relatives and townmates have been asking us how they can vote to help her win, but it’s in France. We hope Filipinos there will help her.”

“Tomorrow is the day and I have every reason to feel anxious, but I’ll still try to sleep with a peaceful heart.”

She ended her post with an endearing message for fans.

“Your messages of encouragement count. Know that I’m reading most of them. It’s just that I don’t have enough time to reply. Till tomorrow, good night.”

La France a un Incroyable Talent is in its eleventh season. The final will air Tuesday evening in France.