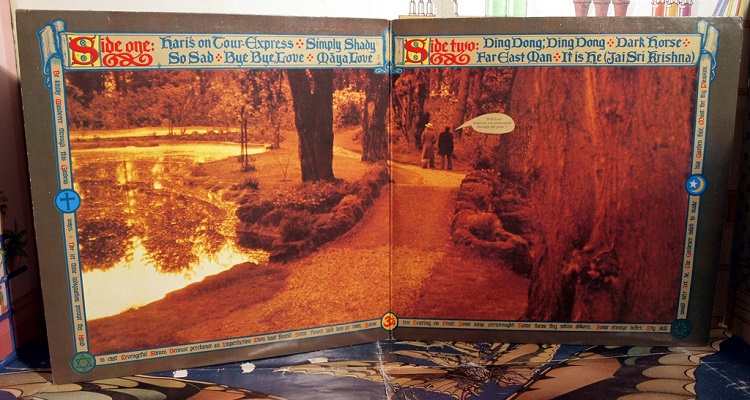 To mark the singer’s 74th birthday if he were still alive, the Harrison family announced today that they are releasing the guitarist’s entire solo catalog on vinyl on February 24.

Titled George Harrison – The Vinyl Collection, the box set will include all twelve of George Harrison’s studio albums. The albums will feature exact replicas of the original release track listing and artwork. His 2-LP live album, Live in Japan is also included. Each album is newly remastered from the original analogue master tapes and pressed on 180-gram heavyweight vinyl. In addition, they’ll be housed in a high-quality two-piece rigid slipcase cuts.

The Vinyl Collection comes with two 12” single picture discs of When We Was Fab and Got My Mind Set on You. While the individual albums will be made available separately, the triple-LP All Things Must Pass is a limited edition piece.

Originally published by Genesis Publications, George Harrison’s autobiography I Me Mine will contain 632 pages. The extended edition of the book included in the collection “now spans the complete length of Harrison’s career in music.” It also boasts commentary “told in his words and through 141 songs with hand written lyric sheets faithfully reproduced in full color.” Finally, I Me Mine features “lyrics to more than 50 songs not previously included as well as new photographs, many unpublished until now.”

12″ Picture Disc Singles of ‘When We Was Fab‘ and ‘Got My Mind Set On You‘ (only available as part of the box set).