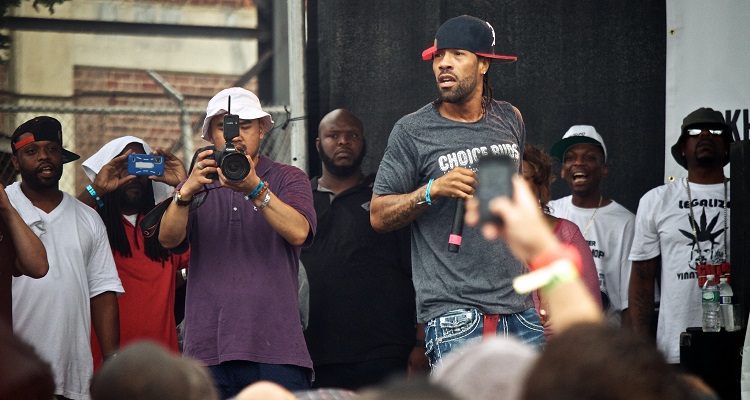 Contrary to rumors, Redman never stopped thinking of How High 2.  Now, M-80 confirmed the news of a sequel (along with a new title).

For those who couldn’t get enough of the Redman and Method Man comedy film How High, there’s great news.  This morning, Redman confirmed that the follow-up is currently in the works.  Dubbed Too High, Matt “M-80” Markoff spoke with HipHopDx last Thursday about the sequel.

During the site’s DXLive segment on Facebook, Markoff brought in Too High’s full movie script. The movie is currently looking to secure financing.

As he held an autographed copy of the screenplay, he said,

“Hopefully the world will get to see a so-called How High 2 as evident by this script here. My job is to go out and get all the monies because I’m really good at that.”

Continuing on, Markoff confirmed even more cameos than the original.

“There’s going to be lots more known cameos in this movie versus the original How High.”

Rumors had previously pointed to a sequel cancellation, due to Redman supposedly “putting down the ganja.”  Markoff dismissed the rumors, sharing an anecdote instead.

“Red walks into the meeting with a vest on, one of those zip-up sweater vests and as he’s shaking hands.  He stands up and a bag of weed this big falls out of the vest and I’m looking in the bag that I picked up off the ground and it’s like 50 different colors and I’m like, ‘What is this bag?’ and he’s like, ‘This is the bag for when people just give me weed and I just put it all in this bag.’ So yeah, that would never happen that he would stop smoking.”

The project reportedly suffered delays. Back in 2013, rapper Method Man asked fans to create a petition for the sequel. Blaming Universal for the delays, he said,

“[If] Universal get the stick up out their a…There’s a lot of people that want to see this movie.  Matter of fact, you guys should start a petition.  Who wants to see How High Part 2?  And once you start it then we’ll see where the big wigs heads are at.”

“I wrote that s… on February 9, 2014, the storyboard, plot summary. I can’t even show y’all that right now. Our ideas was the first How High, from movies that we liked and our ideas so come on, that s… is right here just to let y’all know I don’t play no games. The High How 2, hopefully we could do that under Universal, if not, we gonna do our own movie under our own s… and it will be heavily marijuana related.”

Once financing is secure, Too High will go into production.