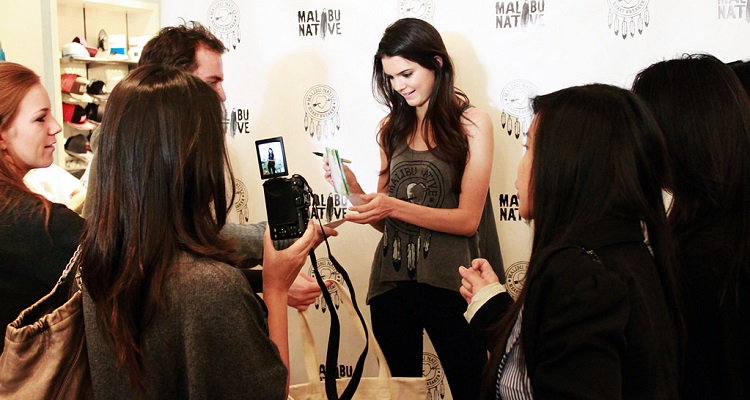 If you’re even in the middle of a huge protest, filled with police officers and angry protesters, relax.  Just hand a furious officer some Pepsi, like Kendall Jenner did.

A hard-working Asian cellist plays his instrument atop a city skyscraper.  A young Muslim photographer struggles to put her shots in order.  In the middle of a photoshoot, Kendall Jenner watches how protesters angrily march in a busy street.  They hold up signs talking about ‘love’ and a revolution.

The Asian cellist and the Muslim photographer join the protest.  Kendall Jenner takes off her platinum blonde wig, changes clothes, and starts marching along with them.  At the end of the street, police officers stand ready to stop the protesters.

But there’s just one problem: millions of users on social media are angry.

Users took to Twitter to blast Kendall Jenner and Pepsi for attempting to profit off of current events.  Initially, Pepsi released the heavily-criticized Live for Now Moments ad on YouTube.  Some accused both Jenner and Pepsi of evoking the Black Lives Matter protest for financial gain.

Critics have labeled the video as ‘tone deaf,’ calling the ad pretentious, overproduced, and insensitive to protesters.

Specifically, the controversy centers around a popular Black Lives Matter protest.  On July 9th, 2016, photographers snapped an image of police arresting Black Lives Matter protester Ieshia Evans.  A licensed New York City nurse, Evans stood in the center of a pillar of police officers who advanced on her for “obstructing traffic.”  The BBC described the image almost poetically.

“In an atmosphere of heightened racial tension, and amid growing debate over the seeming militarization of American police, one photo has stood out.  The image shows Ieshia Evans, a young woman in a dress standing calmly in front of two police officers wearing layers of armor, and appearing to approach her in a hurry.”

It’s difficult to ignore the comparison of Evans to Jenner.  In the ad, Jenner, without any protesters by her side, calmly approaches the office to hand him a Pepsi.  In the infamous July 9th image, Evans calmly sticks out her hand as police handcuff her.

Seemingly unfazed by the huge backlash on social media, Pepsi vigorously defended the ad.  In a statement, the company said,

“This is a global ad that reflects people from different walks of life coming together in a spirit of harmony, and we think that’s an important message to convey.”

“The creative showcases a moment of unity, and a point where multiple storylines converge in the final advert.  It also depicts various groups of people embracing a spontaneous moment, and showcasing Pepsi’s brand rallying cry to ‘Live For Now,’ in an exploration of what that truly means to live life unbounded, unfiltered and uninhibited.”

Following publication of this article, Pepsi has removed the video from YouTube.  They have since backtracked on their earlier comments and released the following statement.

“Pepsi was trying to project a global message of unity, peace and understanding.  Clearly, we missed the mark and apologize.  Although we did not intend to make light of any serious issue, we are pulling the content and halting any further rollout.”

You can view the re-uploaded video here.