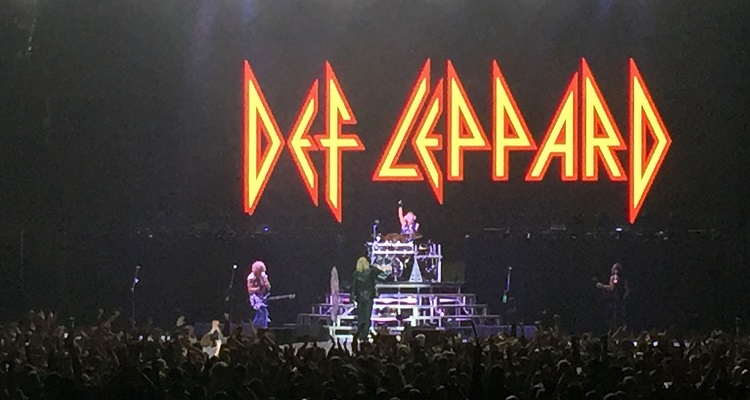 Def Leppard, Poison, and Tesla.  On tour.  Any questions?

Def Leppard, Poison, and Tesla kicked off their joint North American tour Saturday night.  But you probably already knew that.

The kick-off happened at the SNHU Arena in Manchester, New Hampshire.  And there were plenty of classics to go around.  Poison’s setlist included songs such as ‘Look What The Cat Dragged In,’ ‘Your Mama Don’t Dance,’ and more.

Tesla played ‘Into the Now,’ ‘Little Suzi,’ and ‘Modern Day Cowboy,’ among others.  Def Leppard’s setlist included ‘Animal,’ ‘Bringin’ on the Heartbreak,’ ‘Hysteria,’ and more.

Def Leppard will appear at all 38 tour stops, including four festival shows and four solo dates. The group last went on tour with Poison in 2012.

And there have been lots of new releases to complement the classics.  Tesla recently released their last studio album Simplicity three years ago.  Def Leppard released a self-titled LP in 2015. Tesla also put out Mechanical Resonance Live last August.

In a press release prior to the start of the tour, Poison’s Bret Michaels said,

“I could not be more excited. I know all of us will give one thousand percent onstage and we are looking forward to performing our hits together…could not be more thankful for the three generations of fans and I love the music of Def Leppard and Tesla. This will be an amazing night of rock ‘n’ roll. Don’t wait because god only knows.”

“A lot of other bands, they disappear. This is as real as it gets. This is real integrity, it’s a real band doing their stuff, it’s not karaoke by any means, and it’s also a tribute to being the last ones standing. A lot of bands have fallen off by the wayside, but these three bands are here and I’m really appreciating that.”

The tour will wrap up on June 25 in Indianapolis.  All three groups will tour around North American, including several stops in Canada.

You can check out the tour dates below.