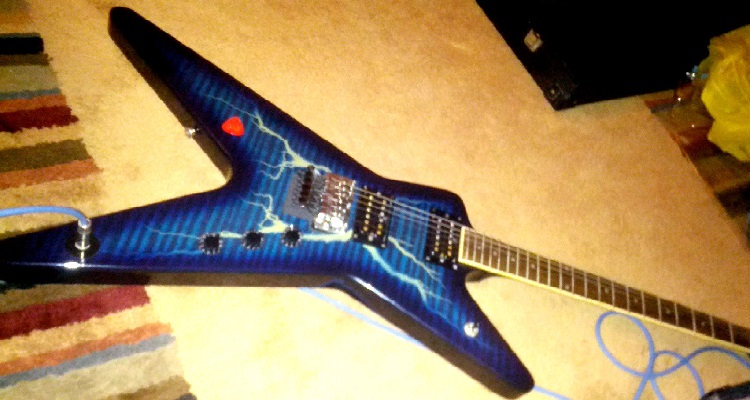 You make a guitar design for a friend.  That friend ends up going famous in Pantera.  A company likes the design, so they “borrow” it.  What do you do? Sue.

An instrument designer says he was the one who helped design Pantera’s signature guitar.  Now, he’s going to court to sue a guitar company for allegedly infringing on his design.

Buddy Webster, aka Buddy Blaze, filed a copyright infringement lawsuit at the US District Court in Central California.  Webster claims Dean Guitars and Armadillo Enterprises (among others) wrongfully and willfully reproduced his design for financial gain.

He states that he hasn’t received a single penny.

Back in the 1980s, Buddy Webster helped create Dimebag Darrell’s classic “Dean from Hell” guitar.  Webster cites the history of how he and Dimebag Darrell met.  Their encounter, and subsequent friendship, would eventually lead to the creation of the popular guitar.

“In the 1980s, Webster was living in Arlington, Texas and befriended a young local guitarist named Darrell Abbott. Abbott was incredibly talented and was a member of the band ‘Pantera’… One of Darrell’s guitars is a model made by the Dean Guitar company, known as a Dean ML, which he won in a local contest.

“Abbott used the guitar but eventually decided to sell it… Webster secretly bought it back…then modified the neck of the guitar, changed some of the hardware and stripped the paint. Webster designed a new visual look for the guitar…[featuring] a unique blue background with lightning emanating from the center of the guitar body.”

According to Webster, he gave Darrell the classic guitar which soon “became his signature guitar.”

“Abbott played the guitar from Webster wherever possible. It became known as the ‘Dean from Hell.’”

He even attached an image in the lawsuit of Darrell with the guitar. 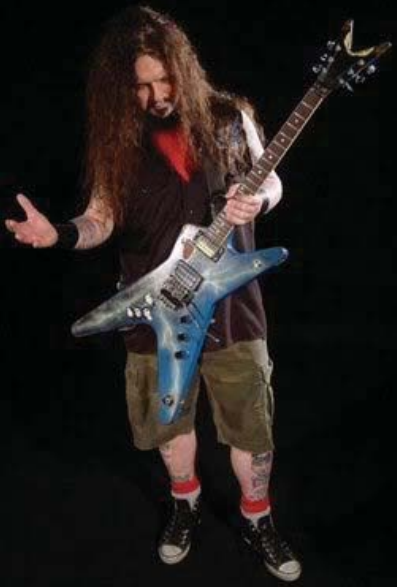 Darrell Abbott with the classic “Dean from Hell”

After the company failed to respond to Webster’s pleas, he filed the suit.

“The DEAN ENTITIES’ association with Abbott is one of its most valuable artist associations. It has issued many guitars using the ‘Dimebag’ name.”

Webster became alarmed and disappointed that the company profited from his original design “without giving him credit or any payment.”  He attached an image of the infringing content, available on Dean Guitars’ website.

From Hell Guitar available on deanguitars.com

The infringement, per Webster, has irreparably harmed him and leaves him “without an adequate remedy.”

Accordingly, he’s asking for monetary damages from the unauthorized copying and distribution of his work.  In addition, Webster asked the US District Court to enhance the award due to Dean Guitar’s willful violation.